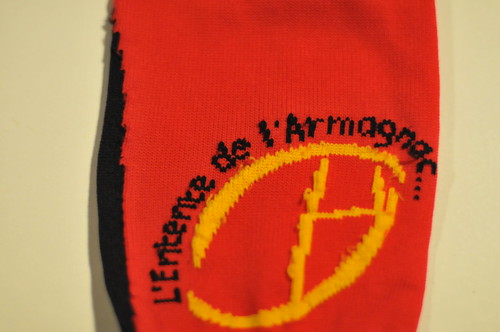 With all the kids off school and cows and puppy and other, I’ve been slacking on making me speak French good. Thankfully, I’m back on track. I’ve noticed that my confidence with speaking French poorly is now being compromised by my motivation with speaking French properly. I slow down more. I raise my eyebrows to see if the person I’m speaking with will acknowledge that I did it right. Sometimes I stop mid-sentence and say, “blah! Il est trop difficile à expliquer!”  And I suppose that is not right, but that is what comes out when you want to say twenty words and have six to work with.

This last lesson, I hit a giant wall. My tutor asked me a question in French for me to respond to… in French. A question about our farming techniques. In English, I have so many words with emotion and devotion to describe how we are making beef with flavor. In French, I have what feels like seven words to describe what we are doing. “The beef tastes good.” “We make beef good.” In this way, I leave my conversation in the air for artistic interpretation. It’s good to hit a low. I can only go up from here.

Another interesting French tidbit has been the French equivalent of “see ya” or “C-ya.”   A shortened version of an American phrase, “I will see you later, my dear.” I write email in French with people and groups of people. Email is nice because I can take my time and get it right. A few times I’ve seen replies to my email ending with “A+!” I of course thought this meant they understood what I said and also gave me an “A+” for getting it right! Only after a quick conversation with Brent did I realize that they were not grading my French. They were saying “à plus!” or “à plus tard!” … like see you later! Here I thought my French was improving when actually I was going to meet up with them later. A+!