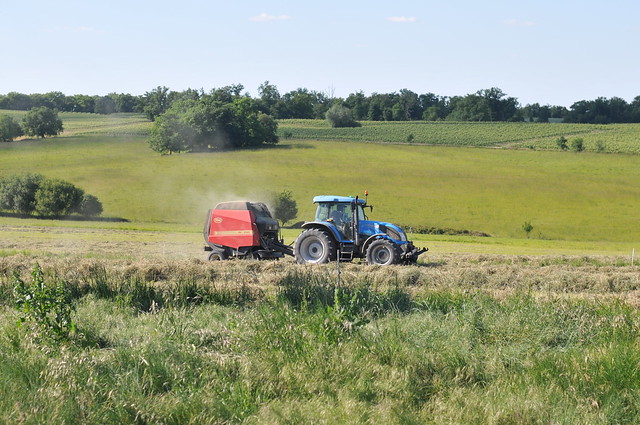 The roar up the driveway was not dudes looking for metal or friendly people sharing their religion.  No, it was our farmer neighbor ready to bale the hay Brent cut, tedded and rowed.  We didn’t book him weeks in advance.  Farmers, they look around.  Our farmer neighbor knows Brent is ( or should be ) cutting hay.  Or else farmer neighbor he will give Brent a hard time.  He sees the rows.  Brent wanders over to his farm to see when he is available to bale.  He’s not there because he’s busy baling hay.  A few minutes later, he roars up the driveway and begins to bale Nebraska. 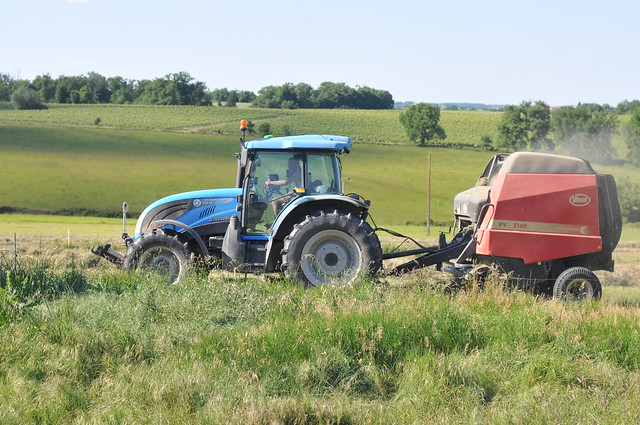 There was no texting or meetings or phone calls.  He showed up because it is time to bale, his last field was complete and Brent’s rows are ready.  I chatted with our neighbors in the villa about the excitment of the arrival of the baler and he likened it to that chemical excreted among species that transports synchronising mojo through the ether. Farmer Pheromones 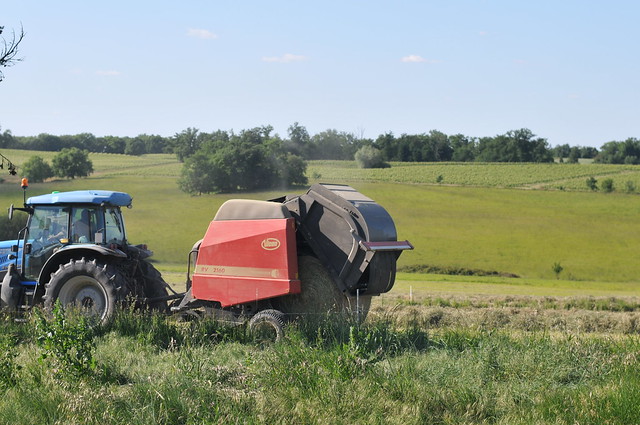 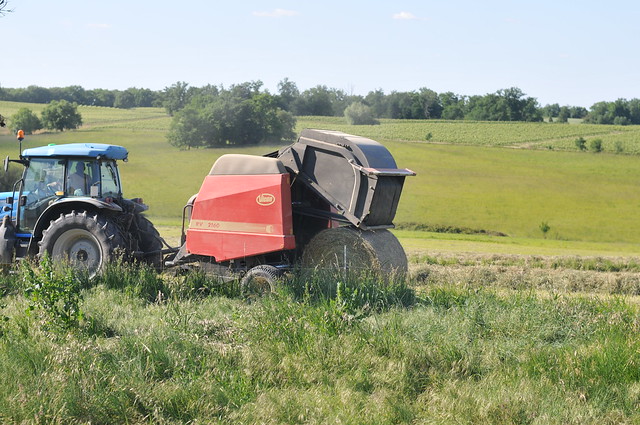 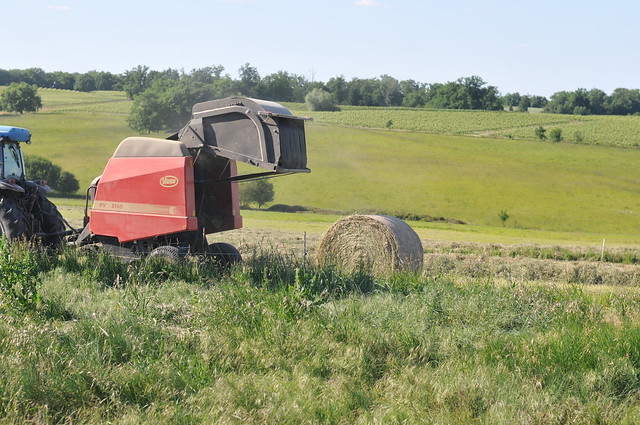 aaaaaah. One down, let’s see how many to go.