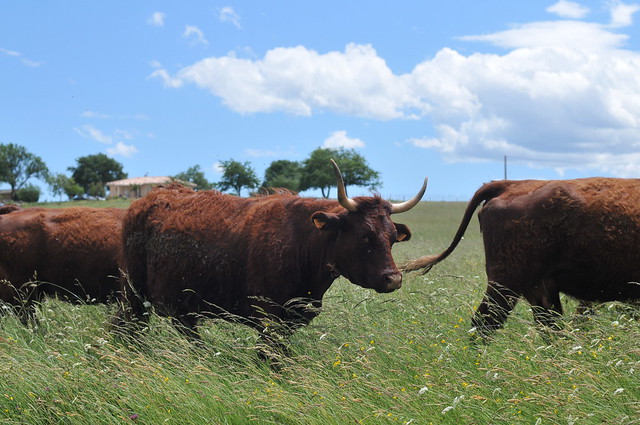 Brent moves the cows twice a day.  He’s moving them through the pasture quickly to take advantage of the rapid Spring growth and other things ( I’ll let him go on about that ).  The cows have been very, very happy and full.  Often they can’t be bothered moving to the next strip because they are still ruminating the last lot. 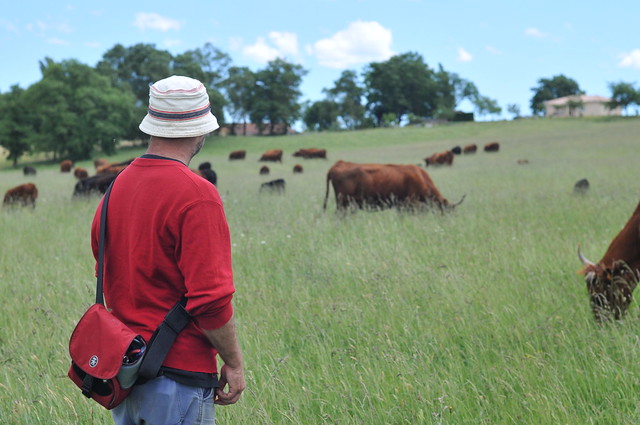 They just left ” Florida 4. ”  They munched and munched by our neighbor’s house all morning and afternoon and they have no idea ( either “they.” THEY – the herd or THEY – the neighbors ).  The herd is now in ” Florida 3, ”  which is away from the neighbors.  Brent moved them wearing his safety red sweater from New Zealand.  Our French farmer friends give him a hard time about wearing red.  He ties it altogether with his purse … er… European Carry-all.  In that sack rests the fence tester, the ear piercer, the tags and the Castrating Fruit Loop of Doom ( dah-dah daaaaaah or muah-ha-ha ).  We are still waiting for two more calves, so he heads out to move the  cows with his tools in his carry-all. 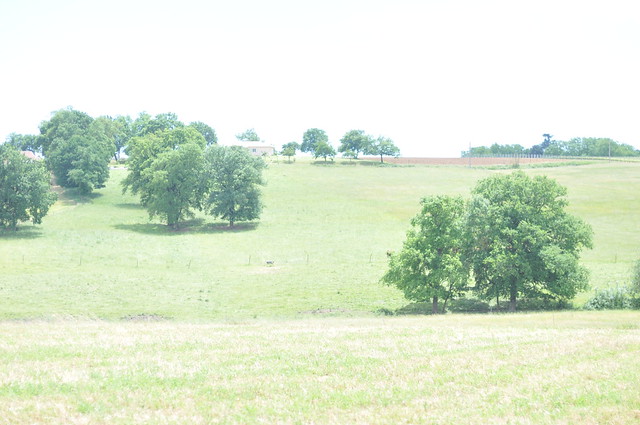 I went with him on the second move.  The cows are supposed to be in the paddock above.  Do you see any cows?  Yeah, me neither.  But look closer.  They are there, cheeky herd worrying me like that. 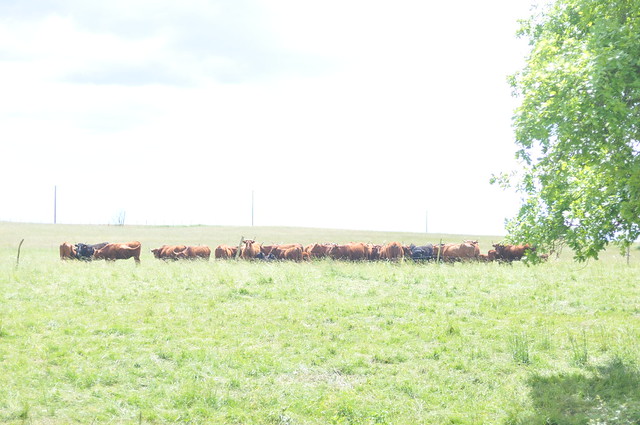 They snuggled against some windbreak after a drink of water.  Nicely placed as they were right next to the gate to their next move. 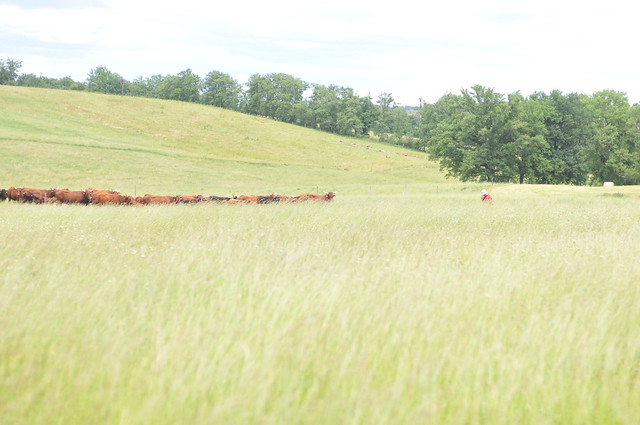 The grass is growing well.  They are loving it.  Underneath the long bits is the red clover and other goodies. 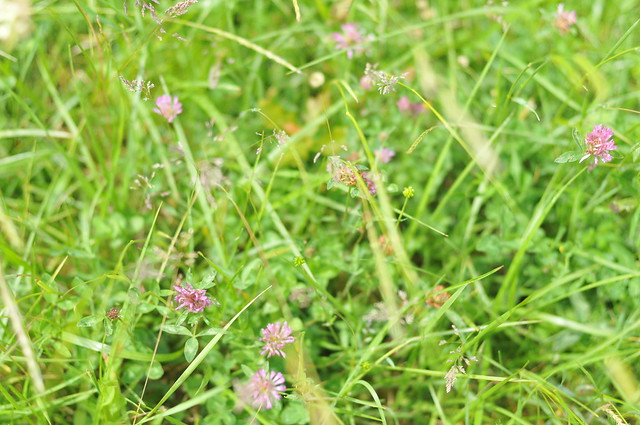 They also get some more trees.  Notice their fine pruning job.  The trees have leaves down to the tip of a Salers’ tongue.  It looks good. 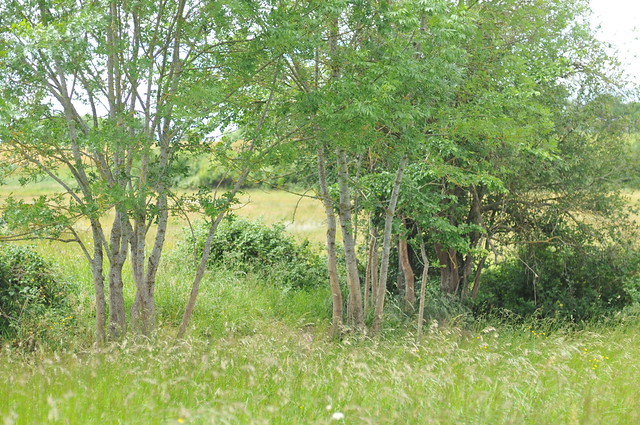 They moved to the next paddock in fine form. 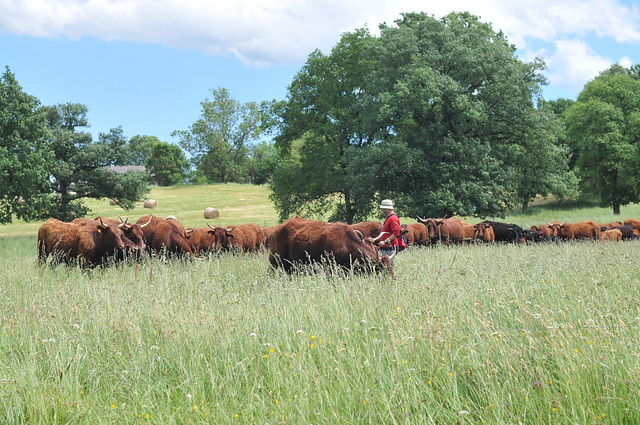 ” Florida 3 ” will feed them well today and some of tomorrow. 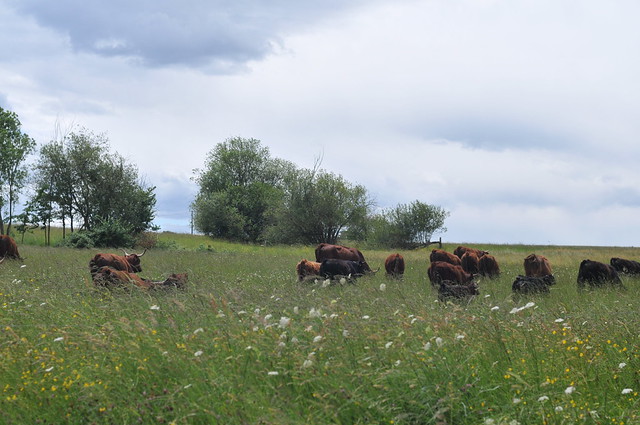 This fatty didn’t move much and is probably still there. 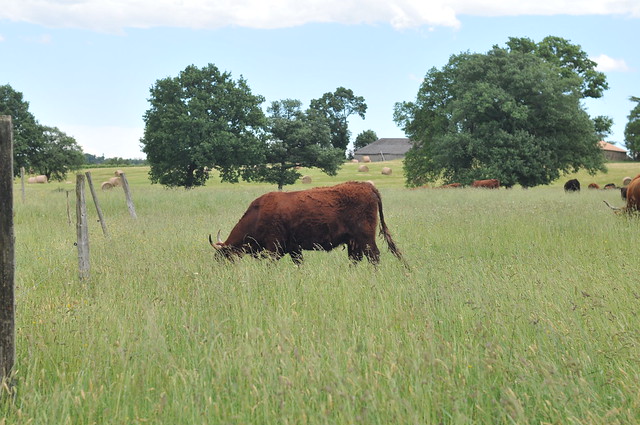 Despite lovely hay bales all around, the cows have been well behaved.  They much prefer fresh grass to hay.  This is the season where you look out to see if the cows are in and are fooled by those cow-looking hay bales being naughty.  Then another sip of coffee and it all becomes clear. 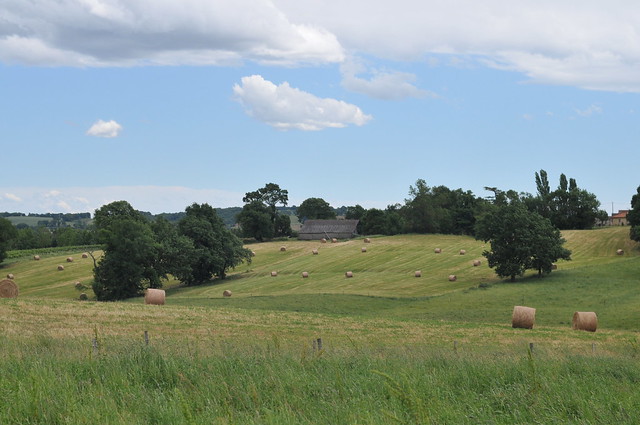 On our walk back home, we saw some wild oats. 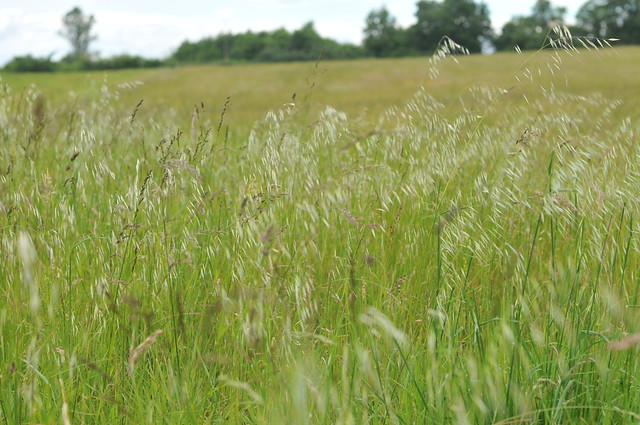 And a mean, tough barn cat.  What a pussy! 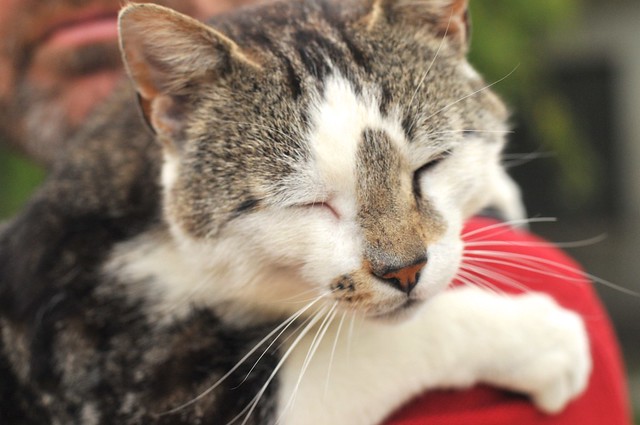