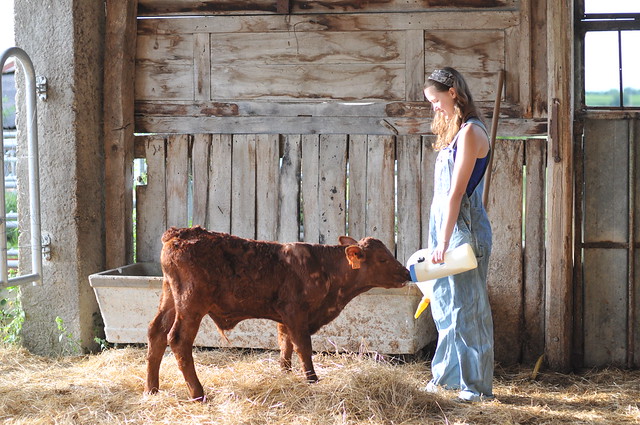 Resident teen has left.  It’s been great having her here.  We met her with her family when she was four-years-old in America.  Brent worked with her father back in the day back in Seattle.  We went over the pond from Seattle to ” The Eastside ” to visit back when she was four. Holding Brent’s two fingers, her parents beaming,  she blabbed and blabbed leading Brent on a tour of all the flowers and things she found interesting.  We didn’t have kids back then and we thought she was pretty cool speaking her mind like that. 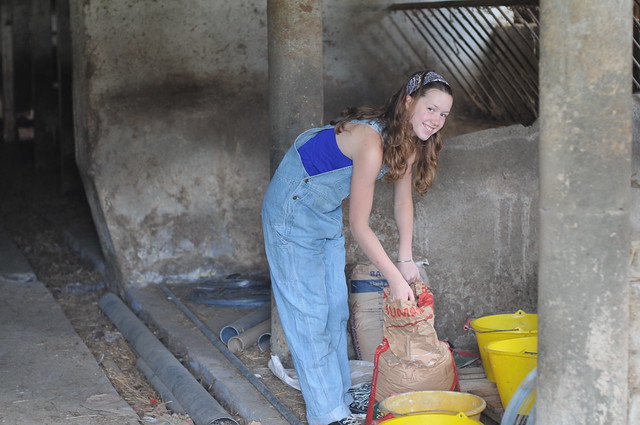 We didn’t see the family much until we moved to France because she moved to England.  Since we’ve moved to France, she has come over for a spell each year to cringe with the kids and help out.

This year’s visit she had to look after our bottle calf, Je t’aime.  Then a bit of care to Joyride who needs a little home time. 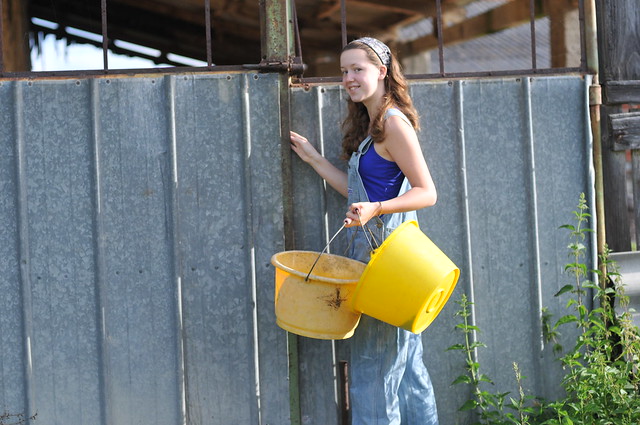 We’ve been preparing the house for the new school year and new neighbors and new times.  While clearing out some stuff, we found these stellar overalls left by Dear Michael.  I have a photo of him in these beauties, but I’m sure he’ll use his cyber power to block such an image.

They fit her perfectly.  She was drawn to them.  Okay, yes, this was after a third listen to GAC’s Top 100 Country Hits ( sorry Dr. T.! ).  She was comfortable and cozy.  Even Minty complemented her on her new look, “when will you be released from those?” 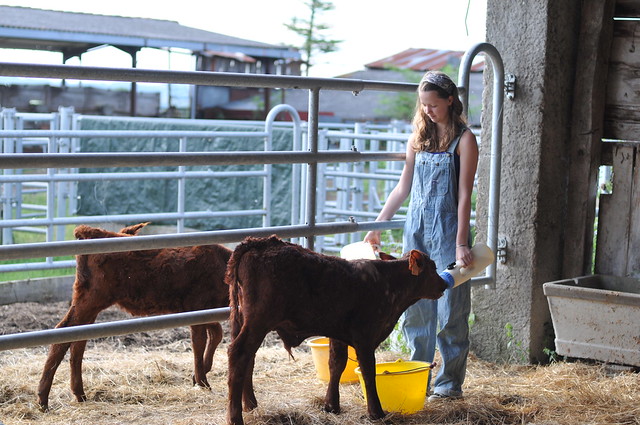 She’s a big girl now.  Ready to continue her studies and think and act on her adult life.  We hope to see her again sometime.

Brent sent me a link ” Kate Bush: her 31 UK singles from worst to best. ”  At number 28, I stopped writing and thought of my own kids at four.  There is no way they will be eighteen.  I think it’s gonna be a long, long time…