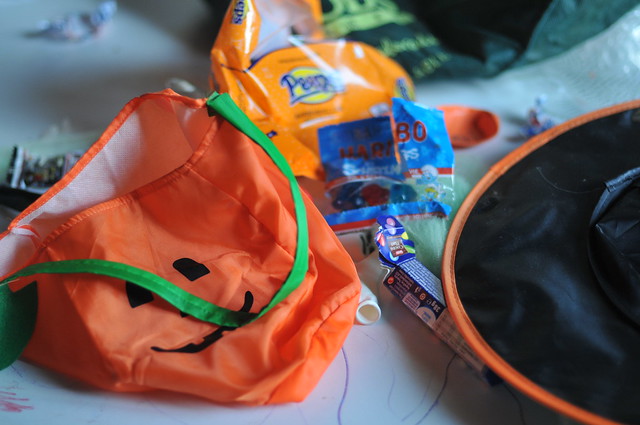 We were spoiled this year with many treats from America that simply cannot be purchased here.  Candy corn, Halloween Peeps and Reese’s Peanut Butter Cups to name a few.  Brent hates all of these.  I suppose these flavors, along with root beer, are not for everyone.

We had a huge beef sale day on Halloween.  Brent delivered in Toulouse, returned to the farm just in time for me to hop in the frigo and head to Bordeaux.  Great fun and happy customers.  I had a most exciting tour through the heart of Bordeaux.  I’ve always wanted to see the streets of Bordeaux.  Bordeaux is very animated on a warm Halloween night at five in the evening on a Friday.  There was a moment there when two bicycle cops told me to get off the phone, did a skid and ( I thought ) were going to hunt me down through the pedestrians, goblins and fancy cars to write me a ticket.  After wading the frigo through the sponge of walking peeps, I think I shook off les gendarmes.

The kids were waiting for me to return to begin the candy festivities, but I was a bit longer than planned.  The kids popped over to the neighbors for some Halloween scare, joy and candy which they enjoyed very much.  I rushed back just in time to give my husband a wedding anniversary hug.  Then he face planted.  I stayed up with Zelie who, after a powernap and a Ghost Peep, stayed up until I convinced her that sleeping at one-o-clock in the morning might be fun! 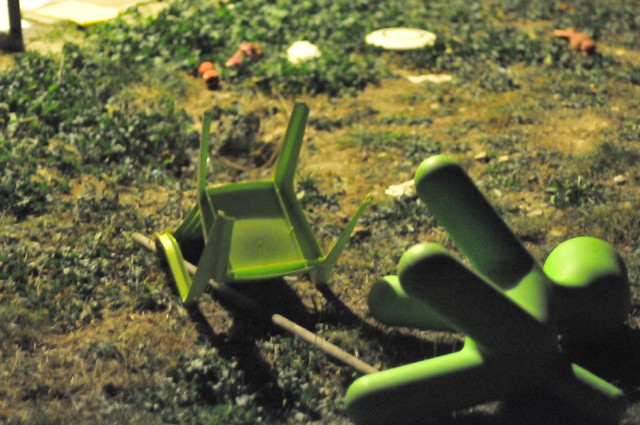 One thought on “Halloween Hangover”