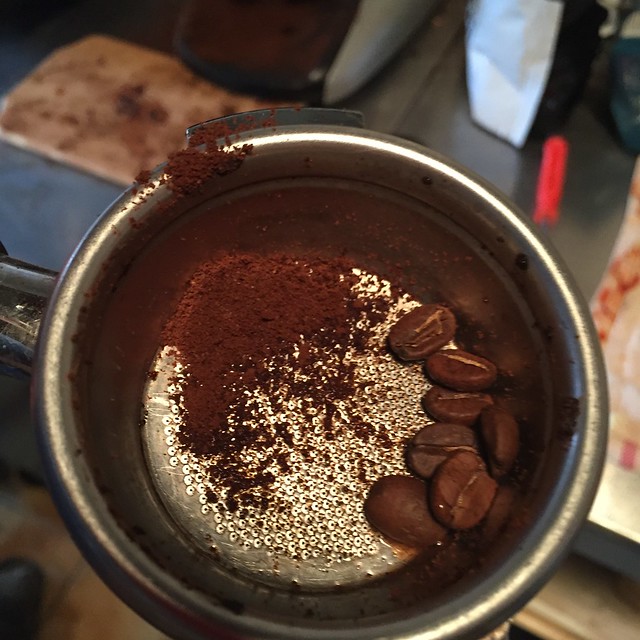 Someone, we’ll call him “Joshua,” sent us beans for our new ( used ) coffee grinder.  We gave them a go.  Brent poured them in the hooba-joob.  It went a bit crazy so some beans escaped into the post-grind dispenser.  Don’t worry, we spent a few minutes herding the beans back to their paddock and we carried on. 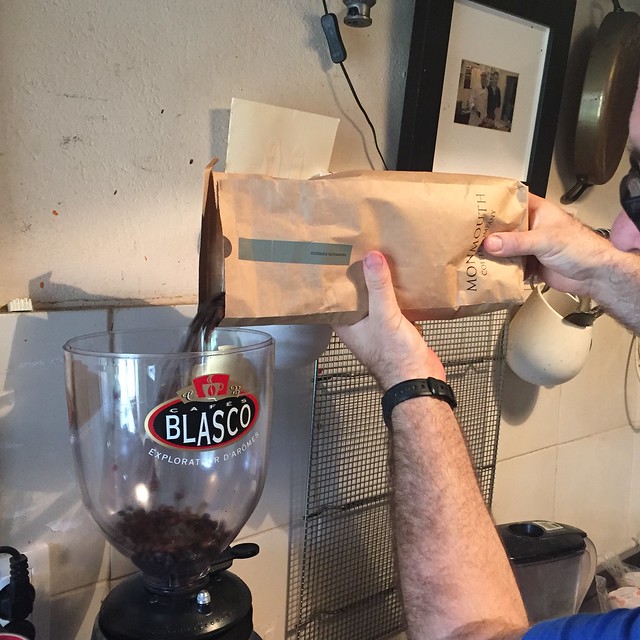 Zelie was our barista today.  Sassy, so keep your order straight.  Don’t give her any lip. 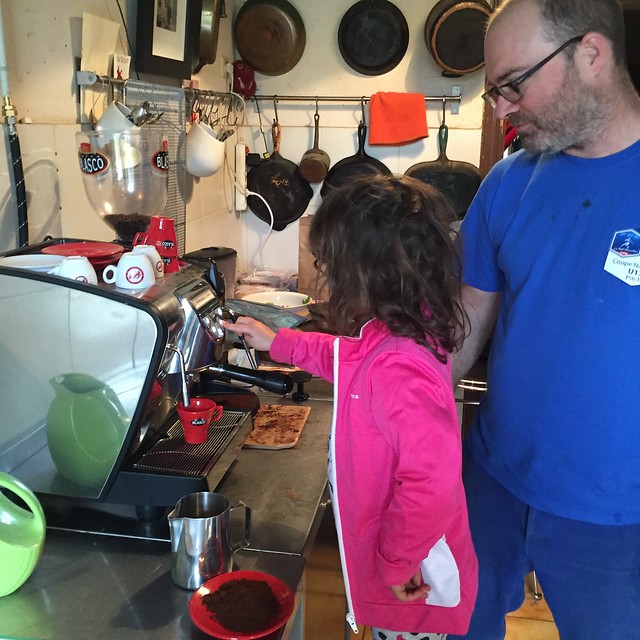 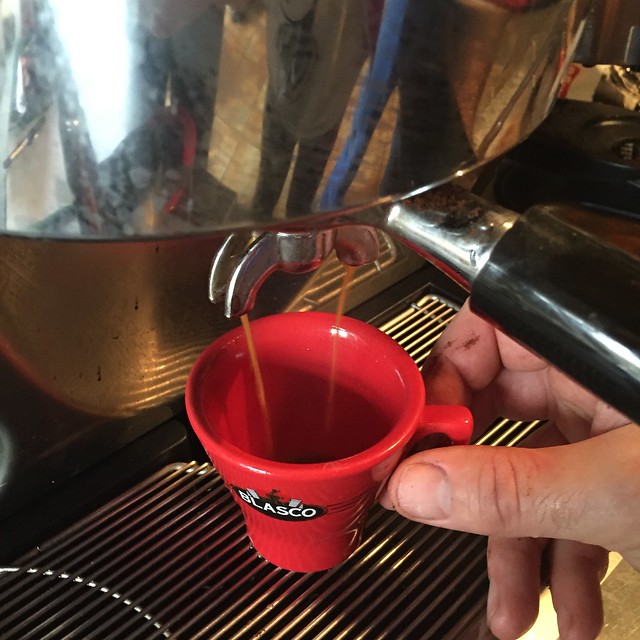 ( partial eclipse of the shot ) 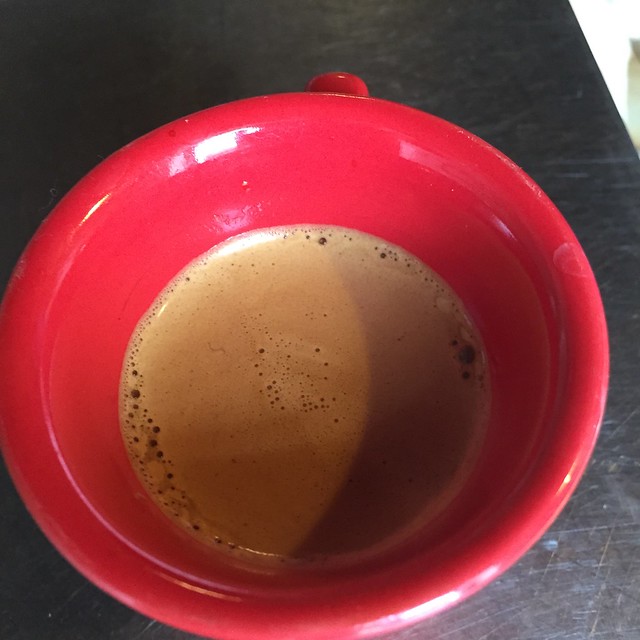 Brent decided it was time to try a latte.  That’s when the crema really shined.  Perfect shot. 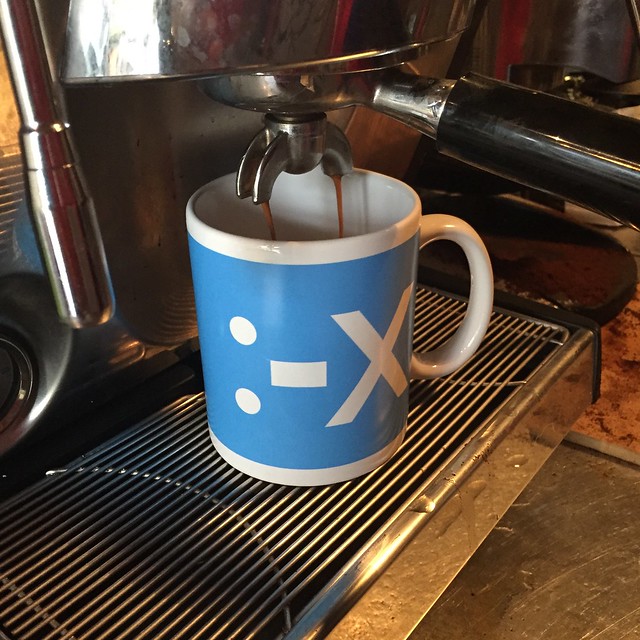 He’s a “flat white” man, but for the camera, he did a bit of froth.  A “flat white” is an Australian coffee for a person who doesn’t want all the sprinkles and froth. 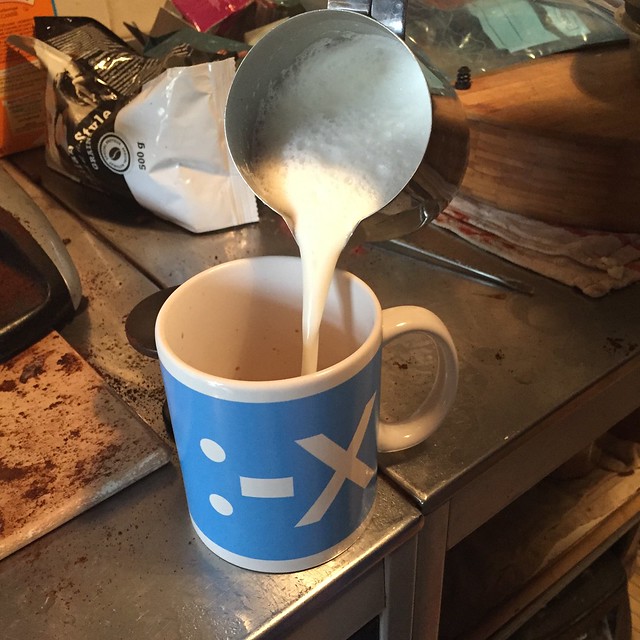 Brent demonstrates his coffee art.  We never know what he’s going for.  It’s a mystery. 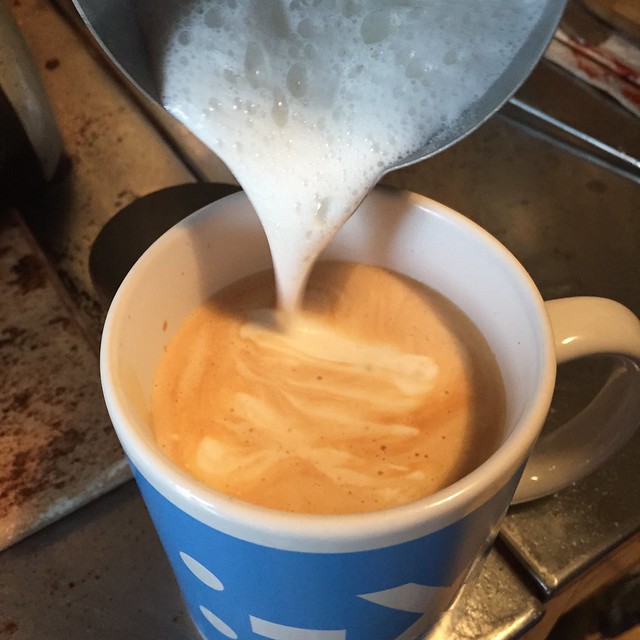 The final product often ends up as a scorpion or a Shmoo ( I’ll let you look that up ).  It’s like reading tea leaves.  Today was a Shmoo. 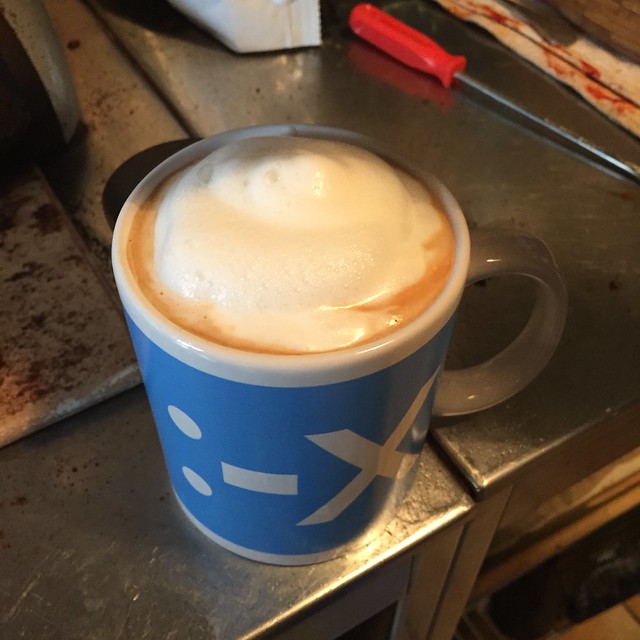 Latte sips and Cadbury chocolate, things are right in this world.  Thanks again, “Joshua!” 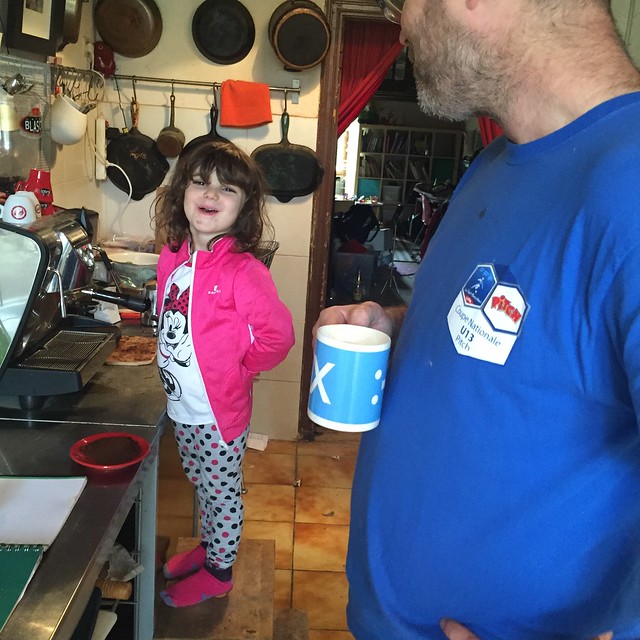 2 thoughts on “Brent Spilled The Beans”