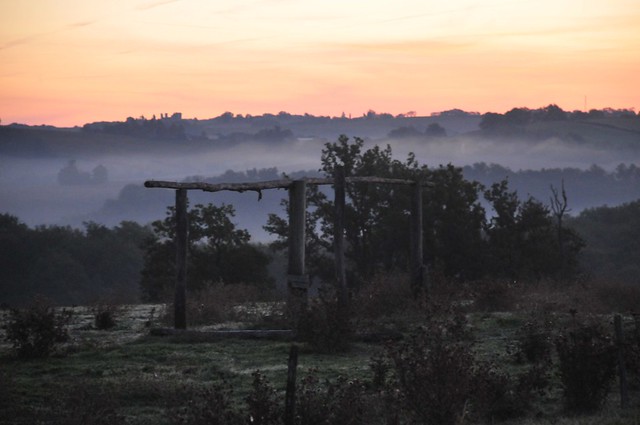 This is Woodhenge.  Brent took the photo above a month after we moved to the farm ( October, 2010 ).  It was early morning.  I’m not sure what the structure was intended for.  It rests in a paddock we call “Detroit.”  Detroit was named because it was overgrazed for too long. Then the auto industry of fertility left, leaving the paddock full of thistles and weeds.

We didn’t do anything major to Detroit.  We used it as a sacrificial paddock as it is close to the yards.  Brent over-seeded clover and rolled out hay.  The cows graze Detroit to work the soil.  Year after year, Detroit seemed to perk up.  Now, Detroit is full of many grasses.

Detroit is green, green, green and the thistles and weeds have lost.  But, check out Wood Henge!

Our silly cows used it as a scratch post and this is all that remains. 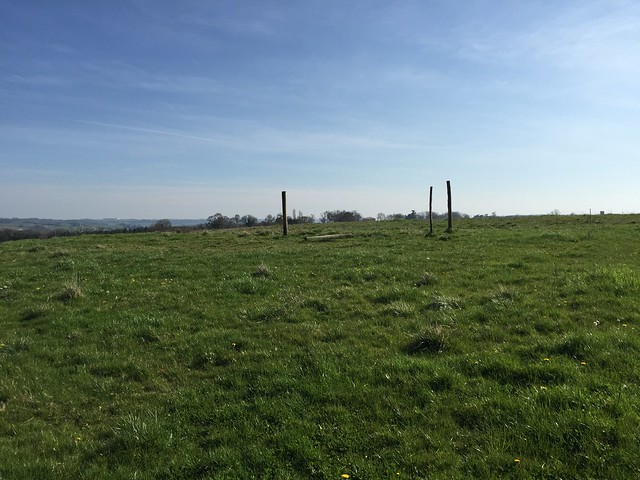 I took this photo today from a different angle.  Don’t worry, the old trees in the “before” shot are still there and even bigger.