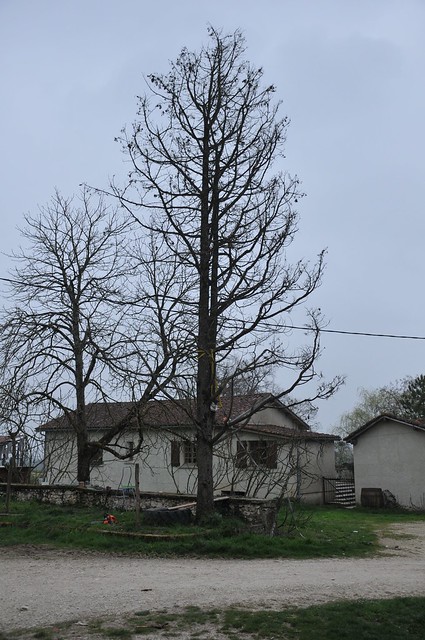 There was a solar eclipse today.  I didn’t take a photo, but this is what it looked like.  Partial eclipse, total let down.  Too cloudy.

We’ve been wanting to take this tree down for awhile.  As you can see, it’s right next to the power lines.  We get very strong winds here.  When the wind comes, our sleep is interrupted as we worry about that damn tree. 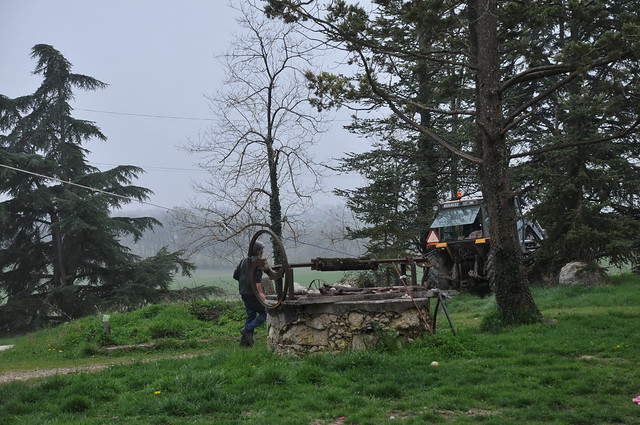 The tree died because it was strangled by steel wire used for a clothes line.  When we moved to the farm, Brent pushed in a post next to the tree. I took the wire off of the tree and onto the new post.  But, it was too late.

We aren’t experts with giant tree felling.  But we have friends that know this area.  He came over to get ‘er done.

A very long rope was placed high in the tree then attached to Brent’s tractor in the distance.  Mr. Fellow made sure the rope was taut and then did the first cut.  I thought I was there to take photos, but no I was to raise my arm when the tree began to move.  I had been crunching numbers for hours before this with a small break to look at the clouds and envision what a solar eclipse might look like.  Head in a fog, I wasn’t prepared to signal the moment when the tree moved.  What if I got it wrong?!  I started mentally playing out the scenarios when the tree falls in an unexpected direction.  What do I say?  Mr. Fellow has noise cancelling ear muffs on!  We agreed on one signal, the one where the tree moves in the right direction.  I scoot back because one of my mentally construed scenarios was that it might fall on me.  I focused and had my arm ready.   The tree made a move, I raised my arm, Mr. Fellow signalled Brent, Brent eased the tractor forward and the tree fell. 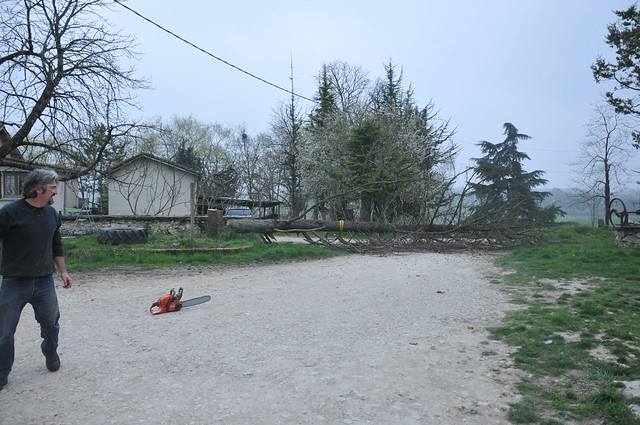 Right where we wanted it to. 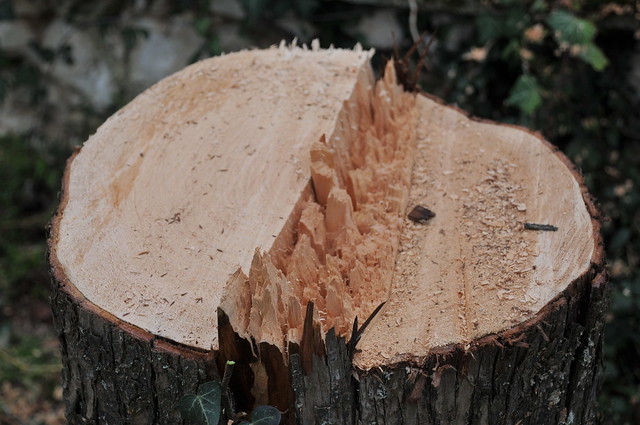 I’m bummed that I didn’t catch photos of the tree mid-fall.  It was impressive.  You didn’t see it fall, but it made a sound. 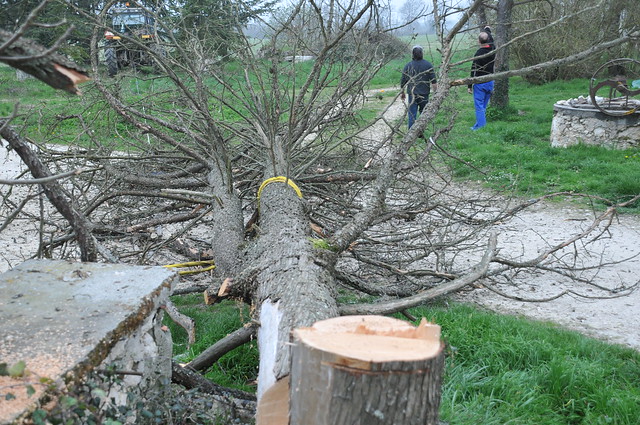 2 thoughts on “To Fell A Tree”