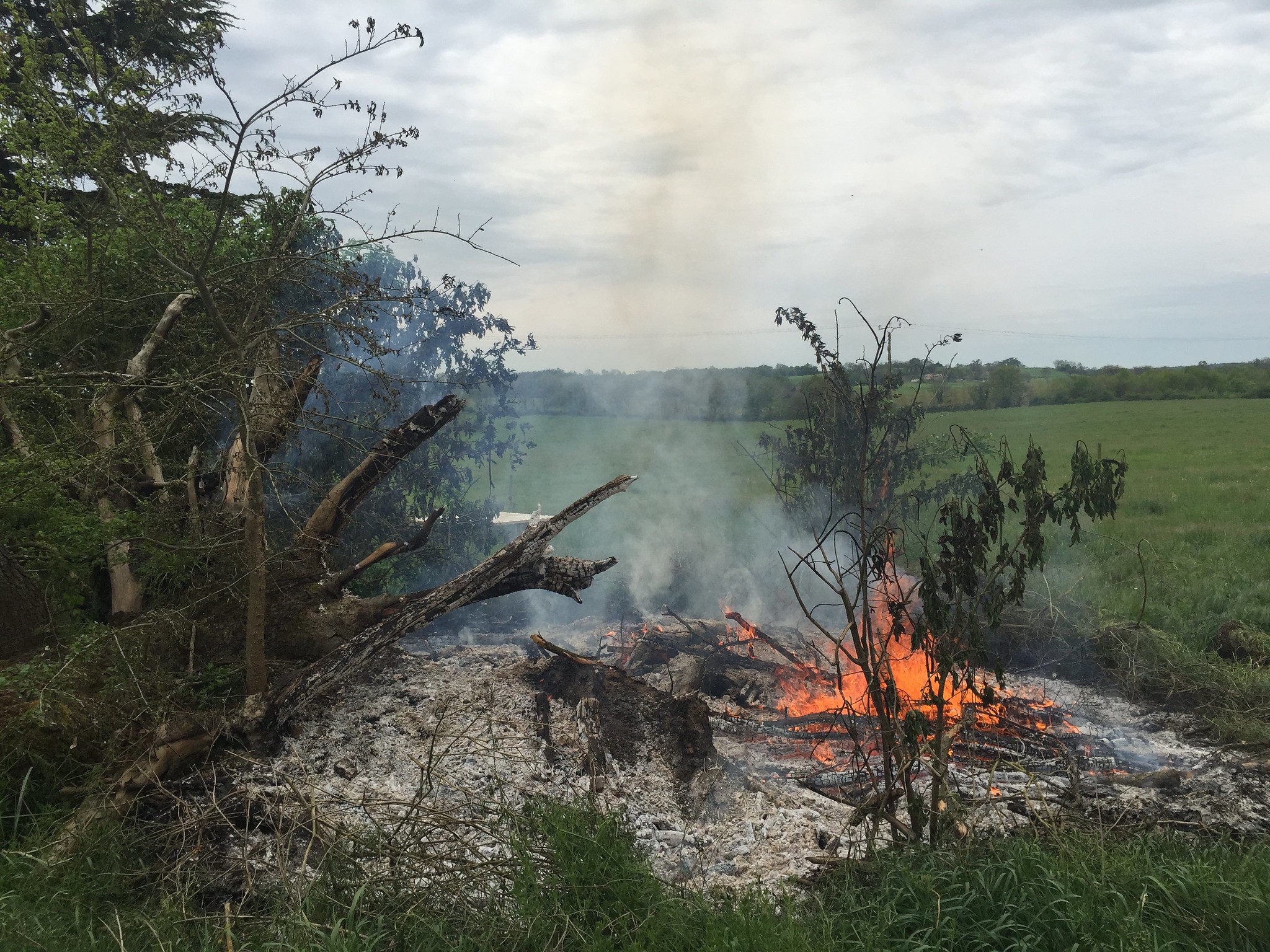 But now, I worry about them.  Perhaps too many years in Southern California where brush fires happen every year.  This one seems under control.  But you’ll notice that I don’t have any photos of the bonfire when Brent lit it.  He said it went very high.  He said he had to step back because it was too hot.  I was in the kitchen cooking lunch. 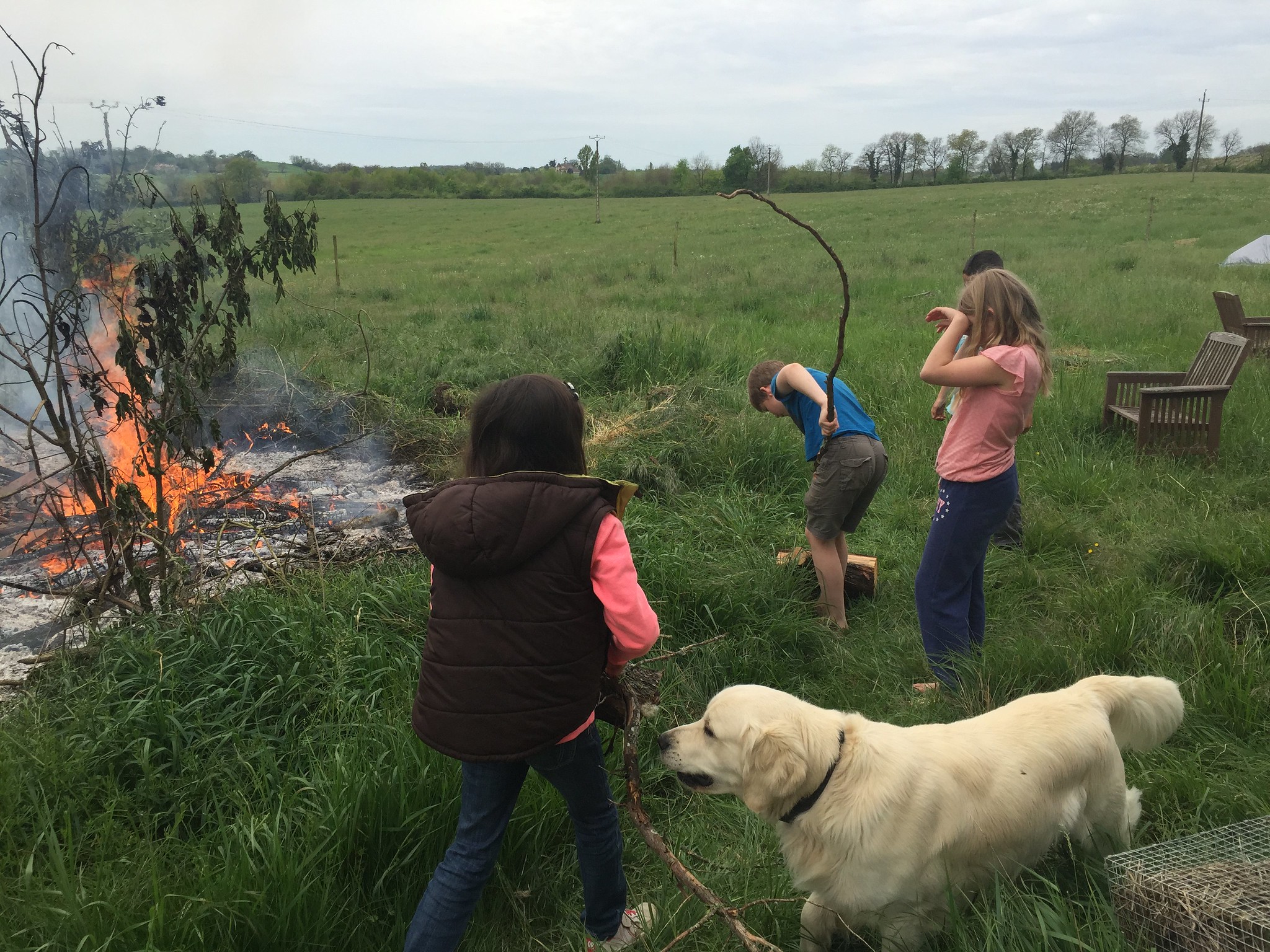 The kids and friends helped out a bit.  It’s fun to throw stuff on the fire.  Only for a little bit, until it feels like hard work.  That’s when Brent and Zelie kept going.

Lumi was right there working out what everyone was doing.  He gave us that look that says,  ” Why would you throw a perfectly good chew toy in a hot burny thing that I cannot retrieve?! ”  You people are crazy! 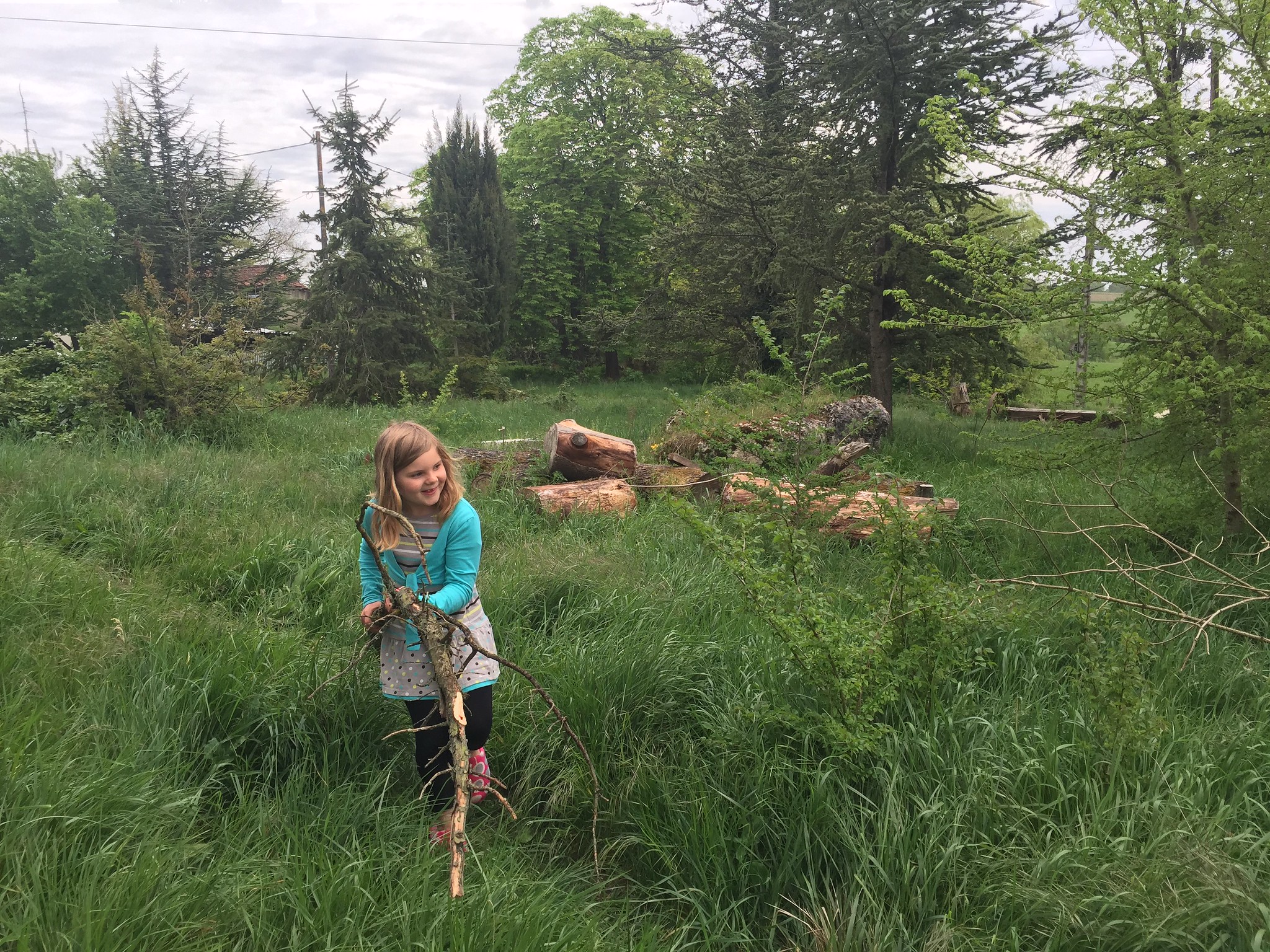 We got the kids back out there to finish the job.  Otto and his friend wanted something to toast ( of course ).  As I am an inadequate parent, I have nothing toasty to toast except meat, potatoes and eggs.  They chose an egg.  Wrapped in foil and on the white ash.  The egg is still out there, they forgot about it.  we’ll see what it looks like after a nice toasting in a hot bonfire. 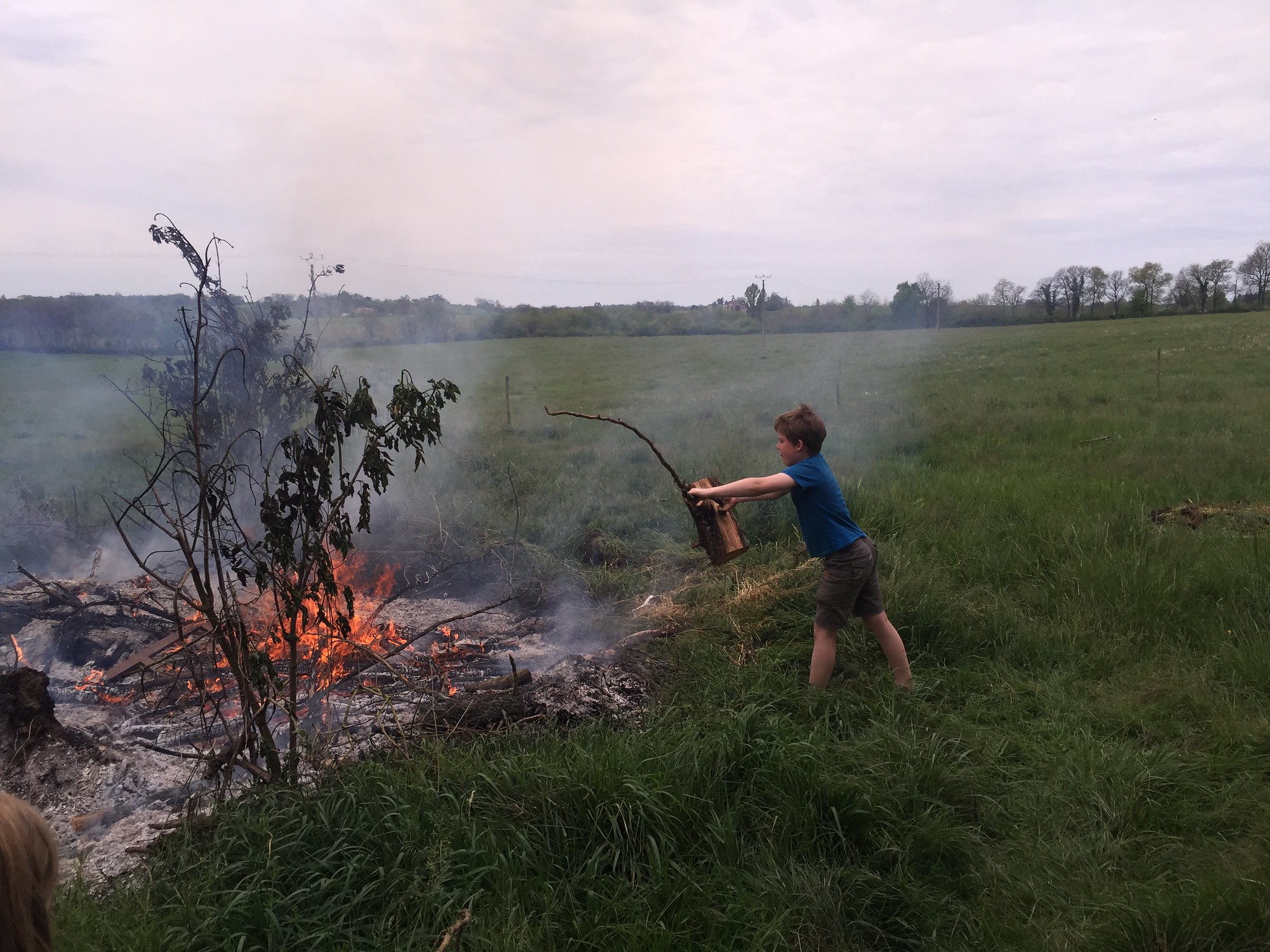 Back when the vines were removed, more than seven bonfires were made scattered around the farm.   They were lit at the same time.  I didn’t sleep much that night or the night after ( though Z was a newborn so I didn’t sleep much anyway ).  It all worked out, though,  the cows graze those paddocks often.  Each year, the cows improve the fertility in the old vineyards.  This year especially.

Here is one of the vineyard bonfires. 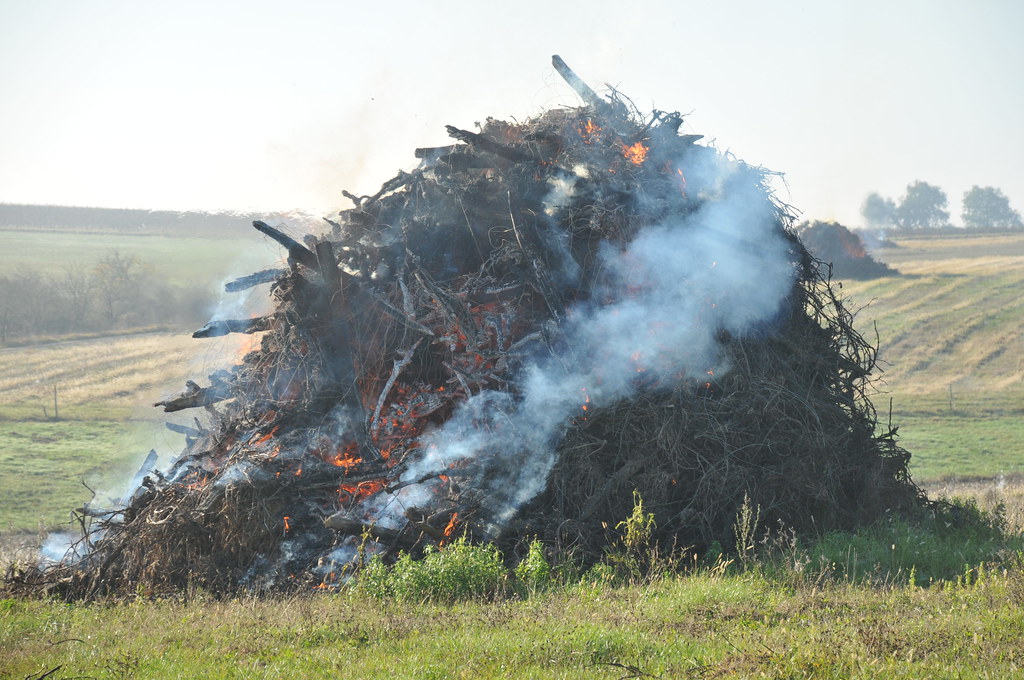 2 thoughts on “I Used To Love Bonfires”