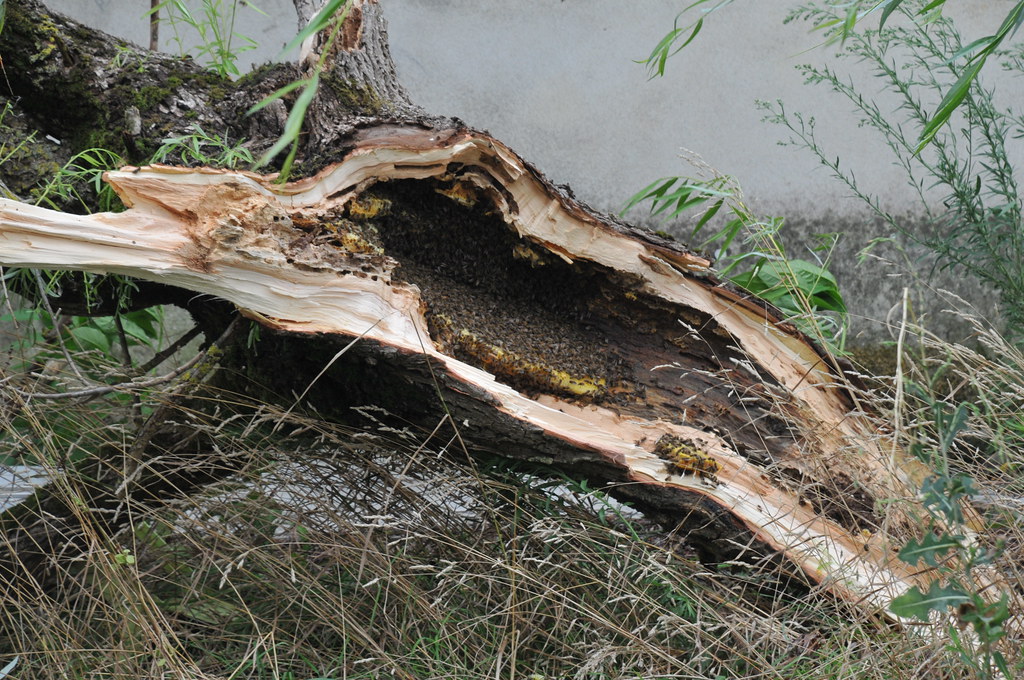 Very windy today.  Off and on really.  Our poor willow has given up.  It gave up a branch late June ( More Willow Bye-bye ) and we took off another large branch in late July.  The last bit stood tall and strong, but we were going to cut it down in fall when our friend could lend a hand.  It seemed strong. 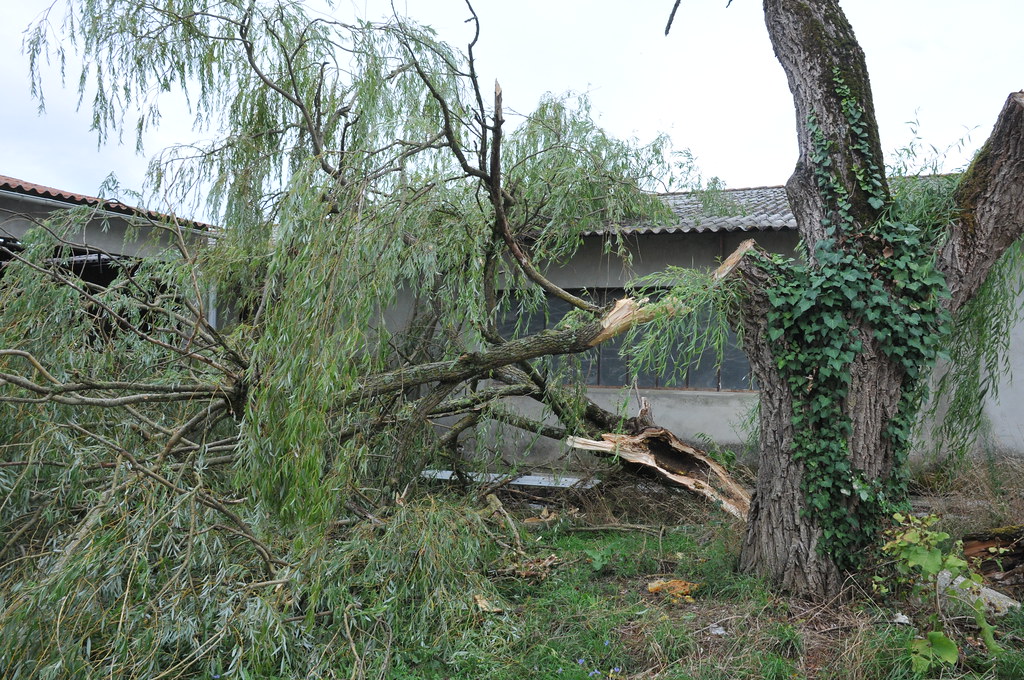 As I was feeding the chickens, a gust of wind hit.  No big deal.  I heard Otto make a fuss, run inside and slam the door.  I saw the dogs dance.  And the angry bees became a black cloud in our courtyard.  Quickly, they flew back to their hive.  Then it was calm.  Poor Otto was stung on his ear. 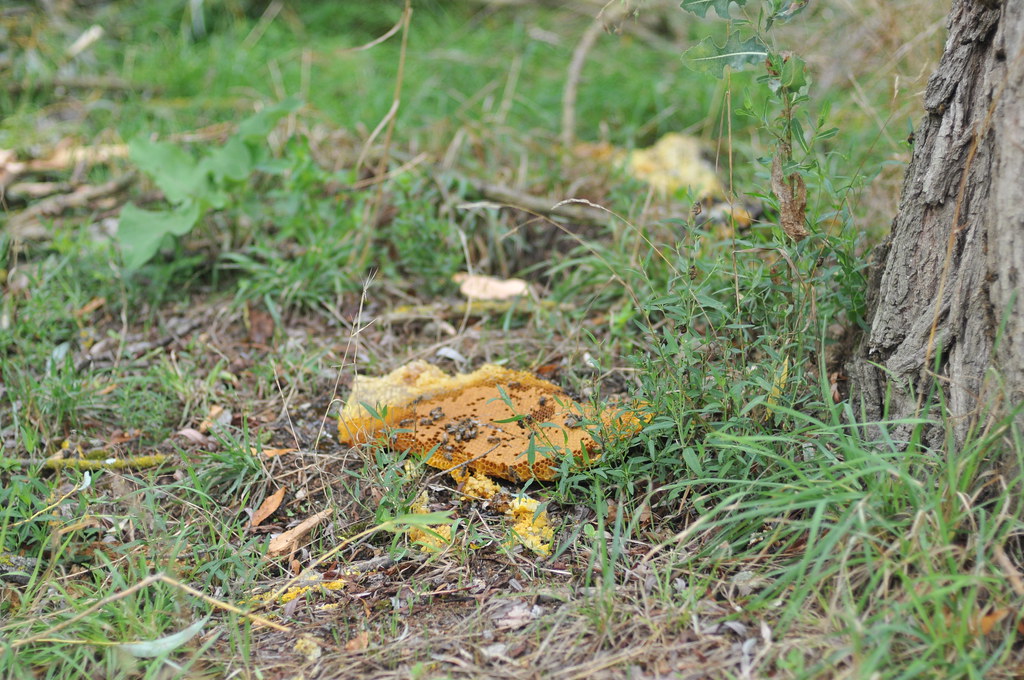 We are having a beef sale today, so anyone who came to pick-up beef was advised and some knew of a “bee guy” to help remove the hive. Brent arrived back from Toulouse to see our new courtyard attraction.  He picked up some honeycomb.  So amazing. 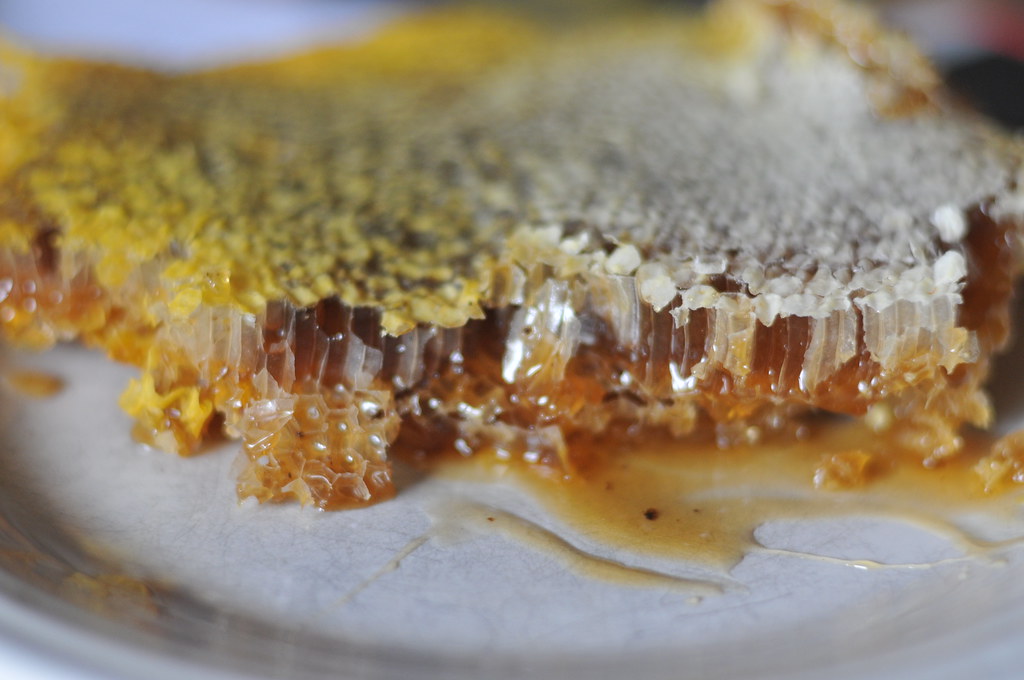 I posted a photo on facebook and soon we had a friend interested in collecting the bees.  They are French.  The French word for “bee” is “la abeille.”  I had to quickly hop my fear of saying this impossible word in order to speak bee with them.  Since there was more than one bee, there were bees, les abeilles.  “layza-baaay.”  or something like that.  Up to this point, I’ve thwarted any use of les abeilles.

Our friends came with bee things. 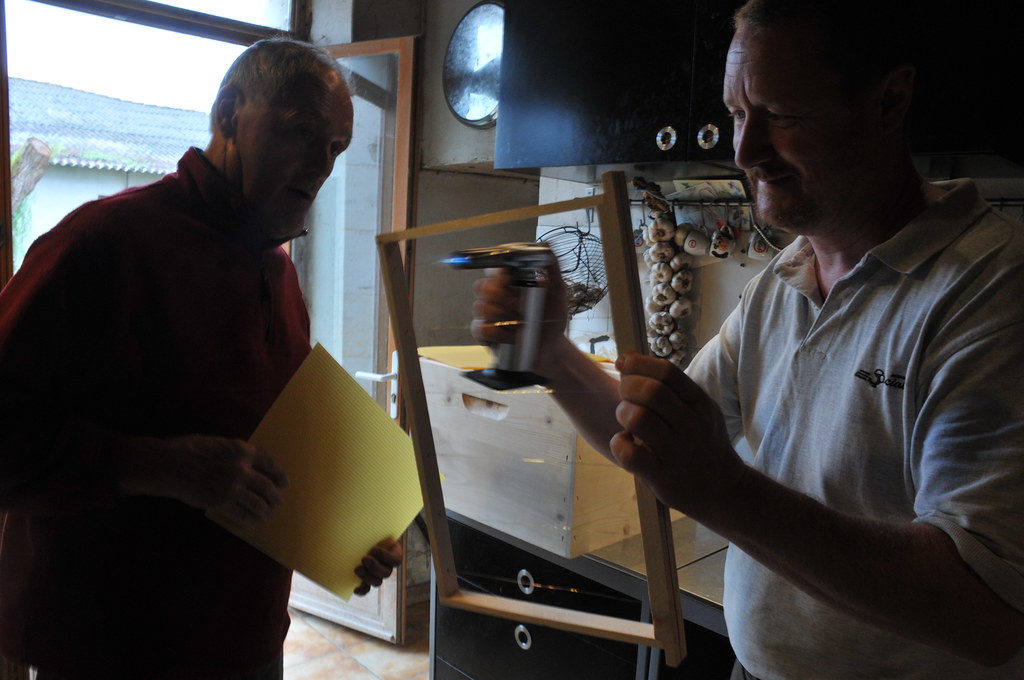 I don’t know nothing ’bout no bees, but in order to set up their new home my crème brûlée torch was needed.  Warmed up the wires for the new bee wax home. 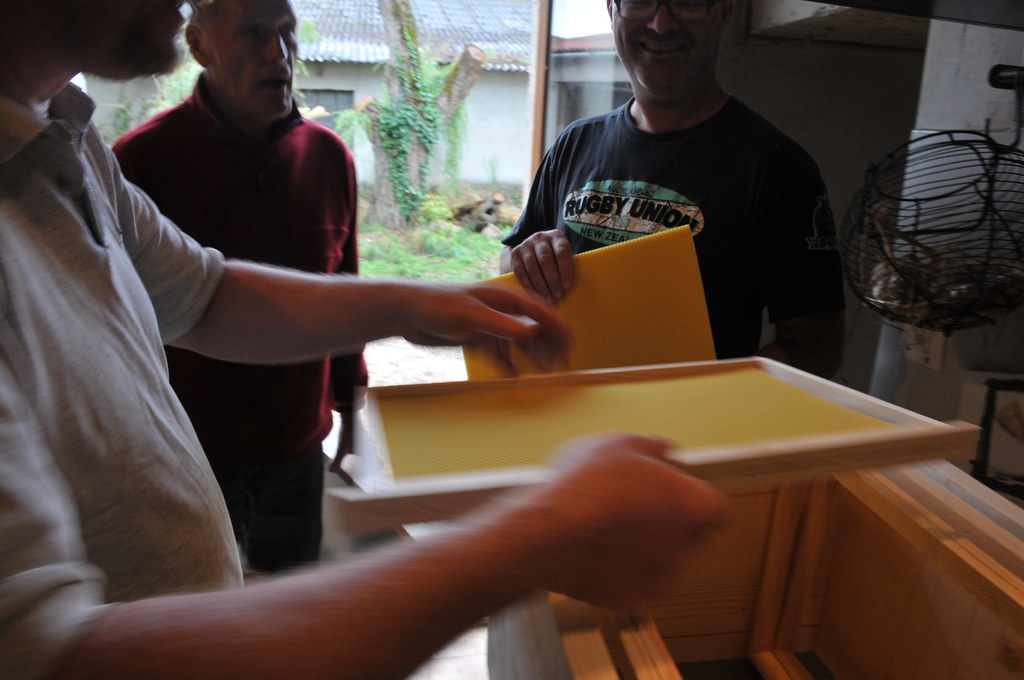 In America, you often see one guy digging a hole and two others watching.  In this case, there was one guy with the bee-proof suit and two others helping in the distance.  These bees mostly stayed with the hive in the tree.  Occasionally a few would charge. 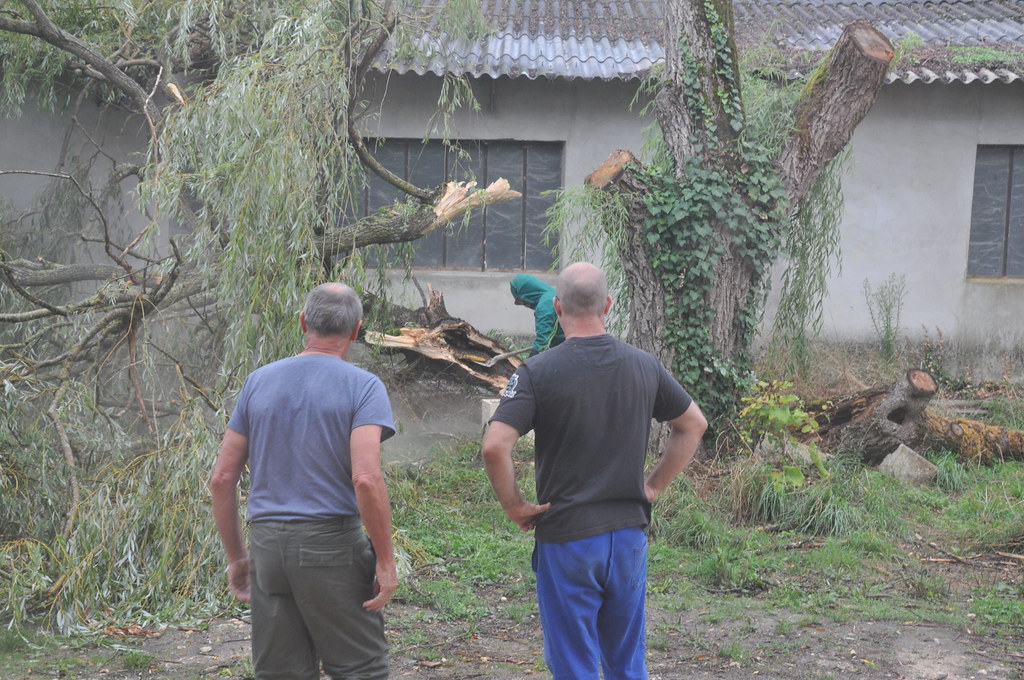 A bit of smoke and a shovel, B-dude got a bulk of the bees in their new home. 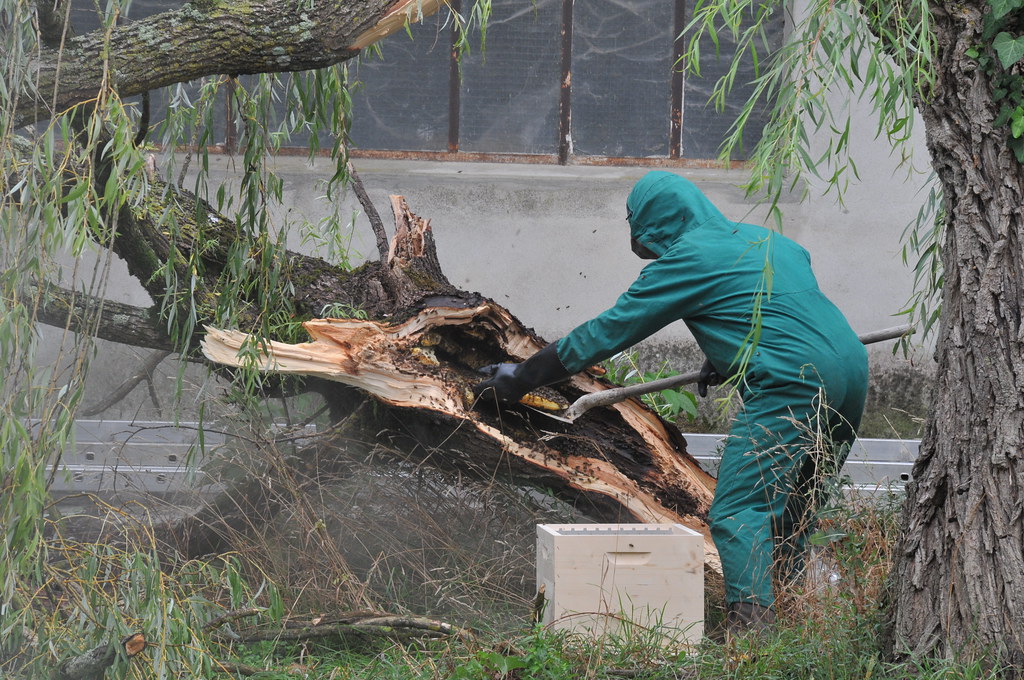 The hive rests next to the tree for a few days so the rest of the bees can move in. 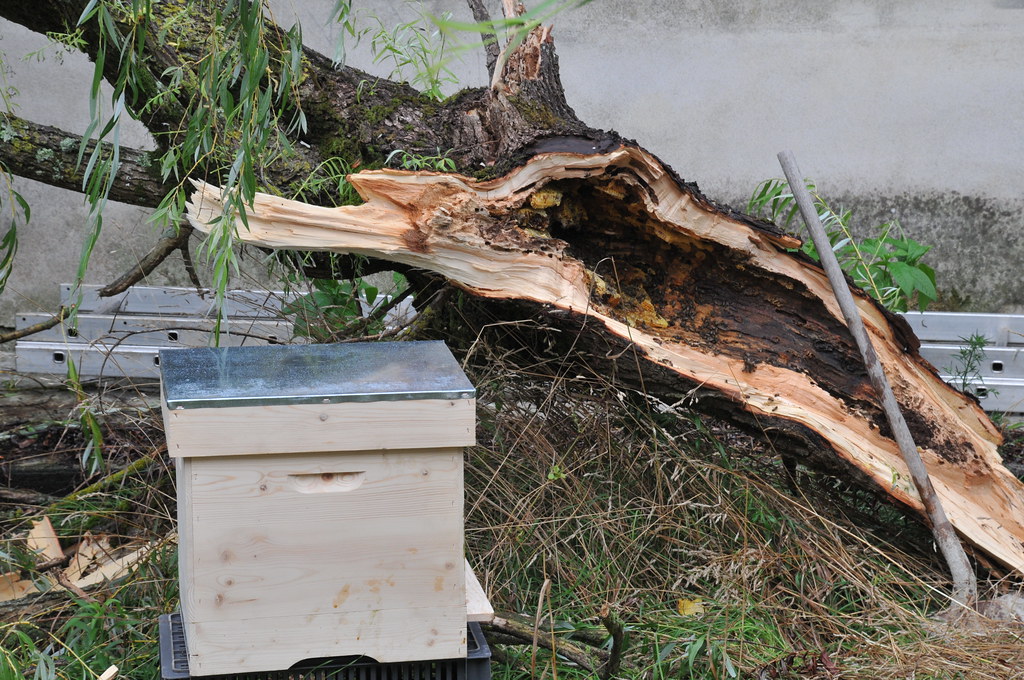 3 thoughts on “The Day The Willow Fell”