It all happened so fast.  We got a lot of shit done, but when you reflect, you think to yourself, ” wow!  that thing happened  this morning!”  All good here.  All great.  Still haven’t checked the mail, but sometimes no gah-newz is good-gah-newz.  Minty took a pano shot of our hallway.  I thought it was creepy.  I worked with her to turn some knobs and creep it up a bit.  Gotta love living in an old Gascon farmhouse that hasn’t been touched ( other than some windows and doors ). 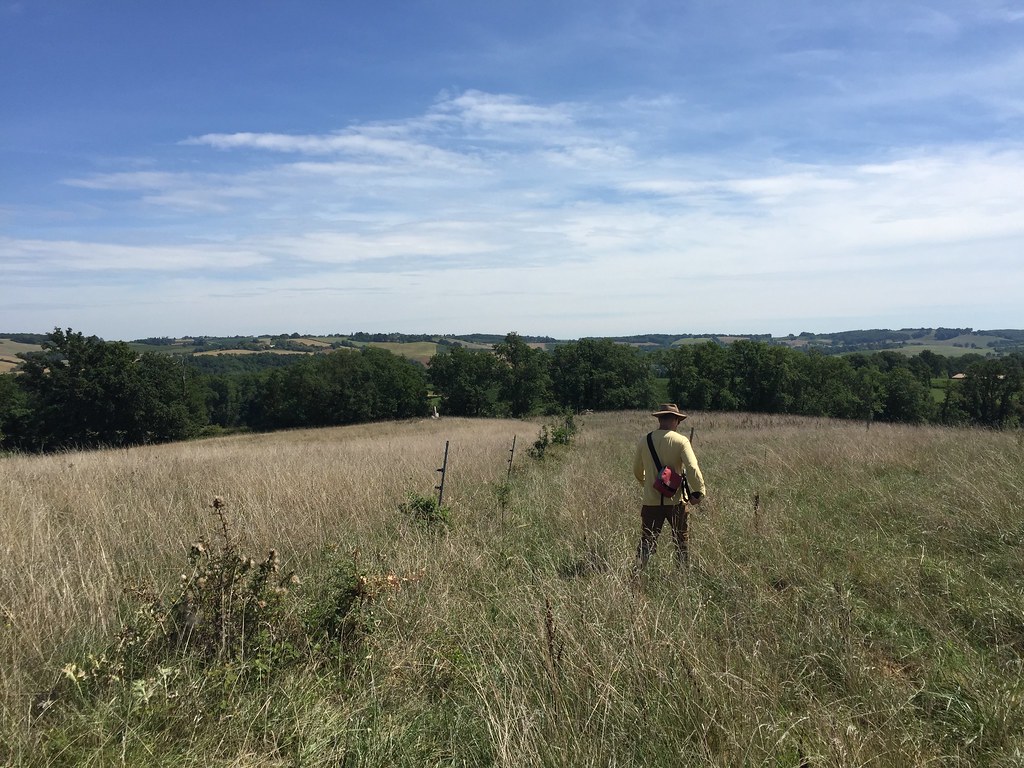 Hot today, but with the breeze the cows seemed cool with their paddock.  We moved them after Brent returned from the butcher.  We are selling super fancy steaks this week.  We tried our “rumsteak” as we do and were happy with the flavor and  tenderness. 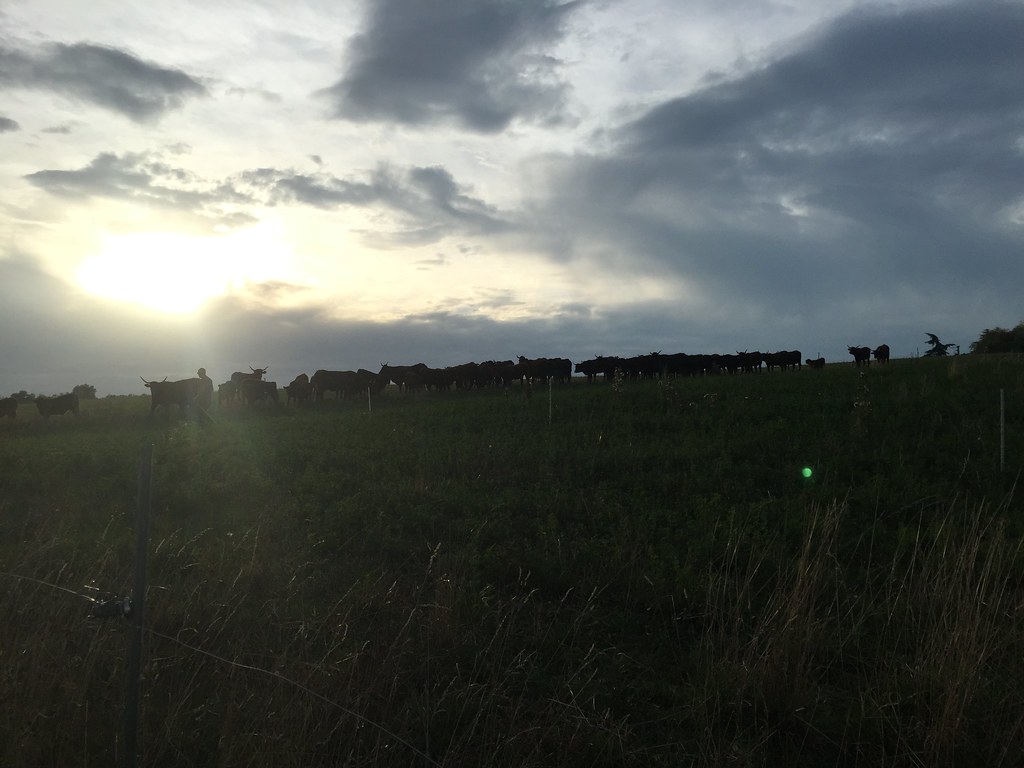 The sun and moon were battling it out in the sky when we moved the cows.  They moved well.  We had to push them through the lane because they were munching the grass in the lane.  This part was planned, we took our time and they arrived in California, the vineyard turned pasture.  Happy as a cow. 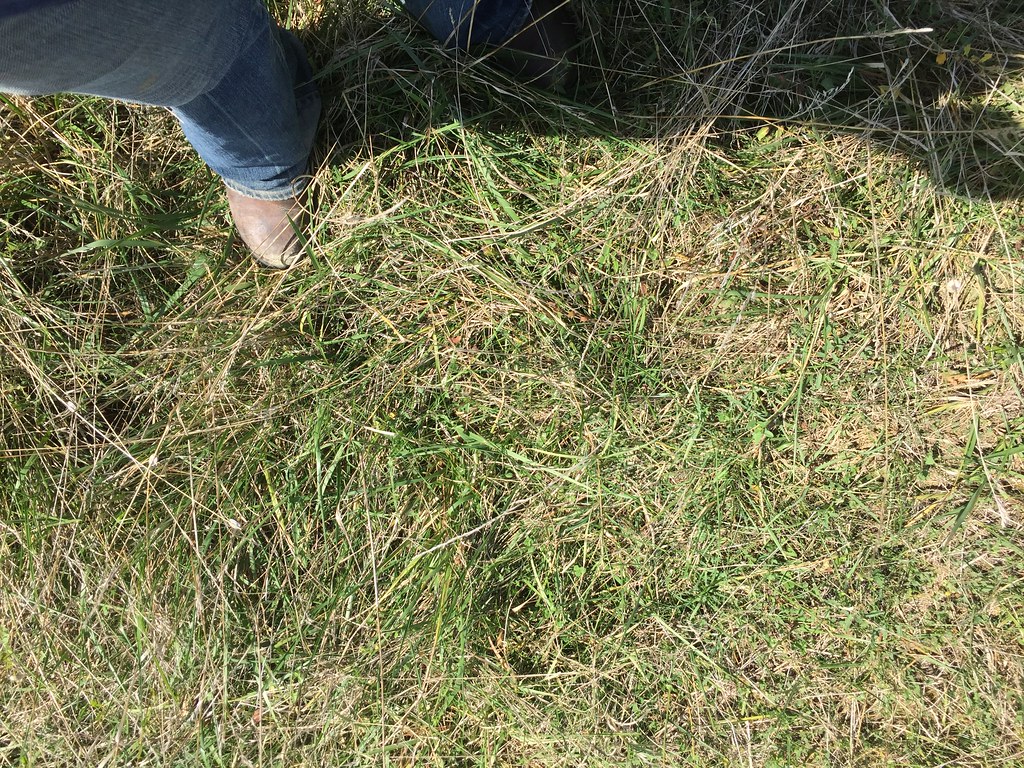 Shoe wear today was the Brown Blunnie.  I do love shoes, so I feel like I should share with you what foot attire might step foot on our pastures.  These Blunnies are veteran cow mover shoes.  A bit slippy and no good in the wet, but they rock and roll for any given cow triage. 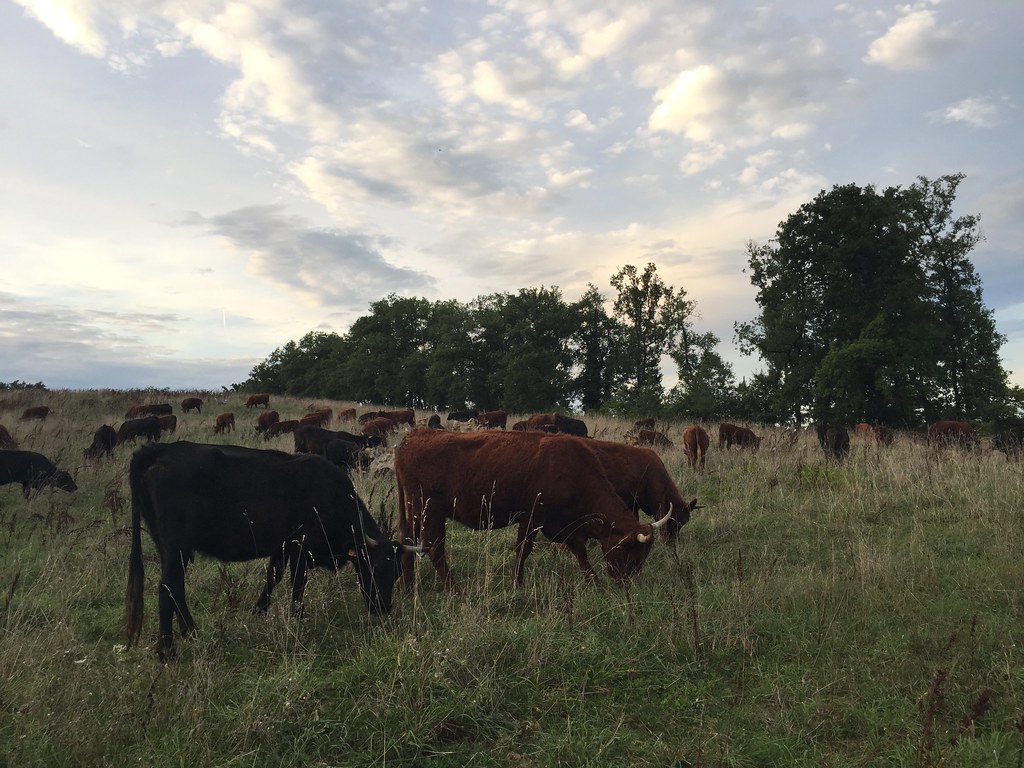 The herd moved to California, the paddock.  After the big move, they stopped and ate.  Great to see.  California hasn’t been munched for months.

I caught a calf milking while mom was trying to eat.  I do loves me some milk nose. 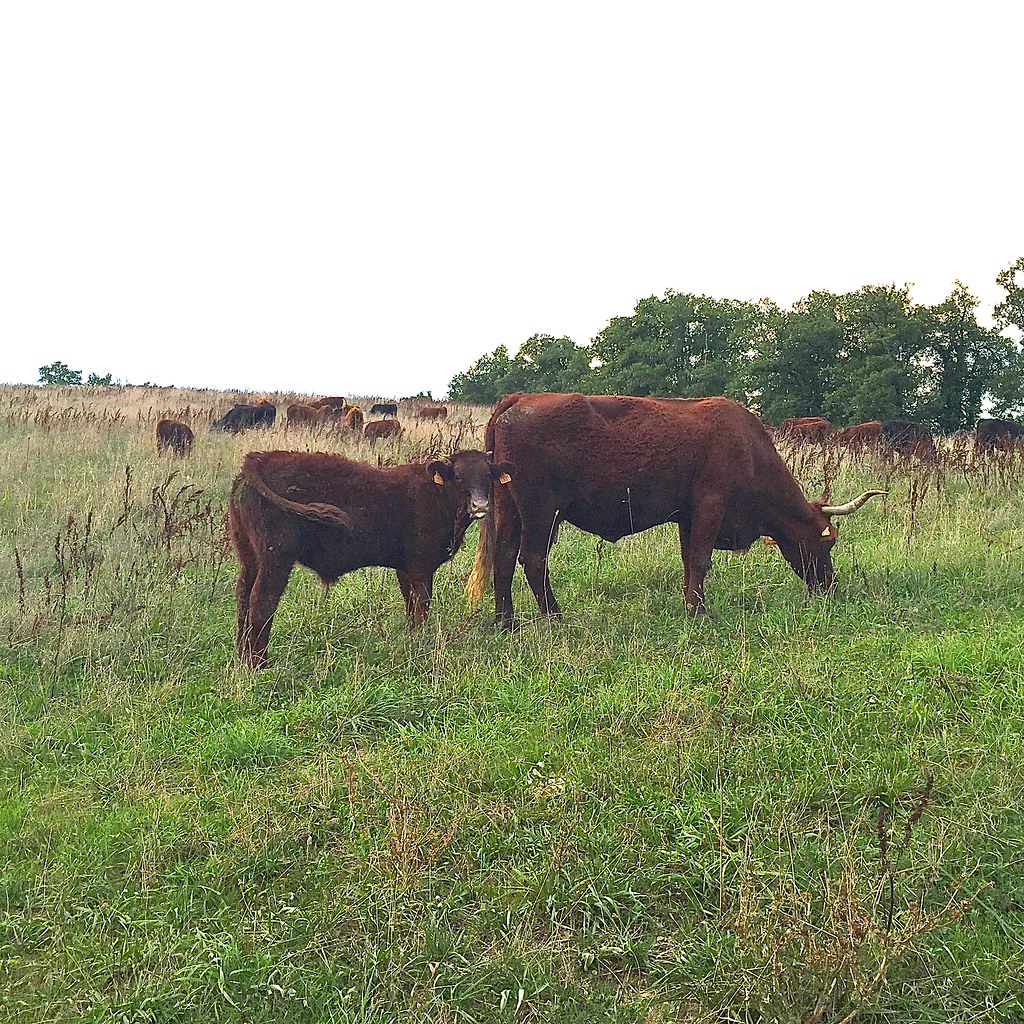 One thought on “Today Is Pretty Much Over”