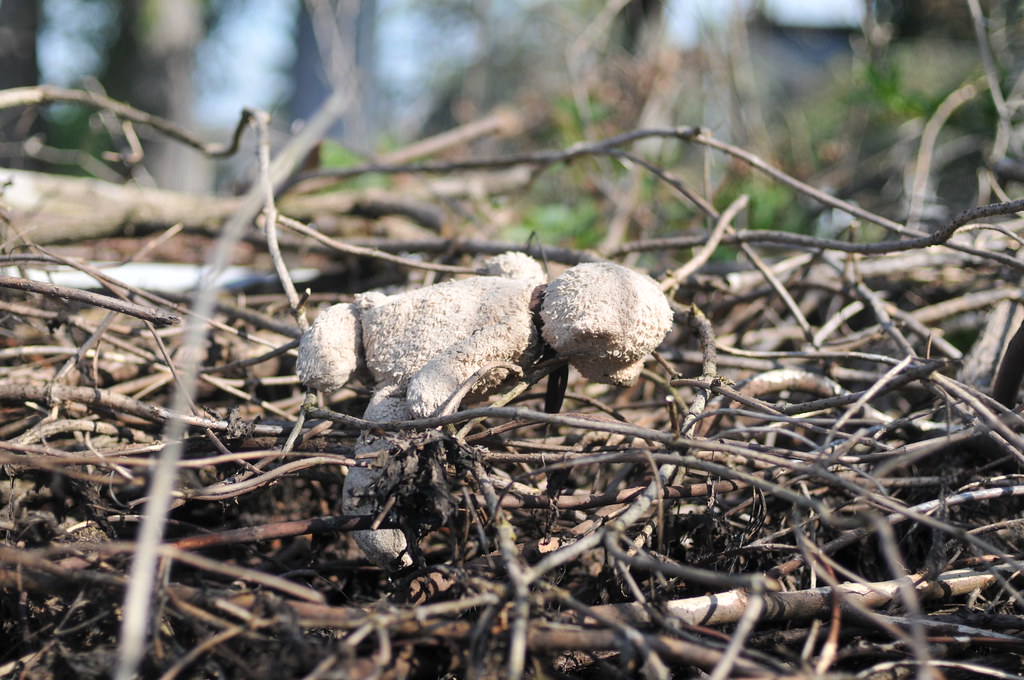 But now, Happies is found.  Happies ( pronounced Happeez ) is Zelie’s favorite teddy bear.  His name was inspired by Lucy’s favorite bear, Happy Bear.  There were a few months there where every stuffed bear was called “Happies.”  Now, this bear reigns supreme.

Poor Happies went missing weeks ago.  Every night, when we tuck her in bed, she asks where Happies is.  “We’ll find him tomorrow,” we’d lie. 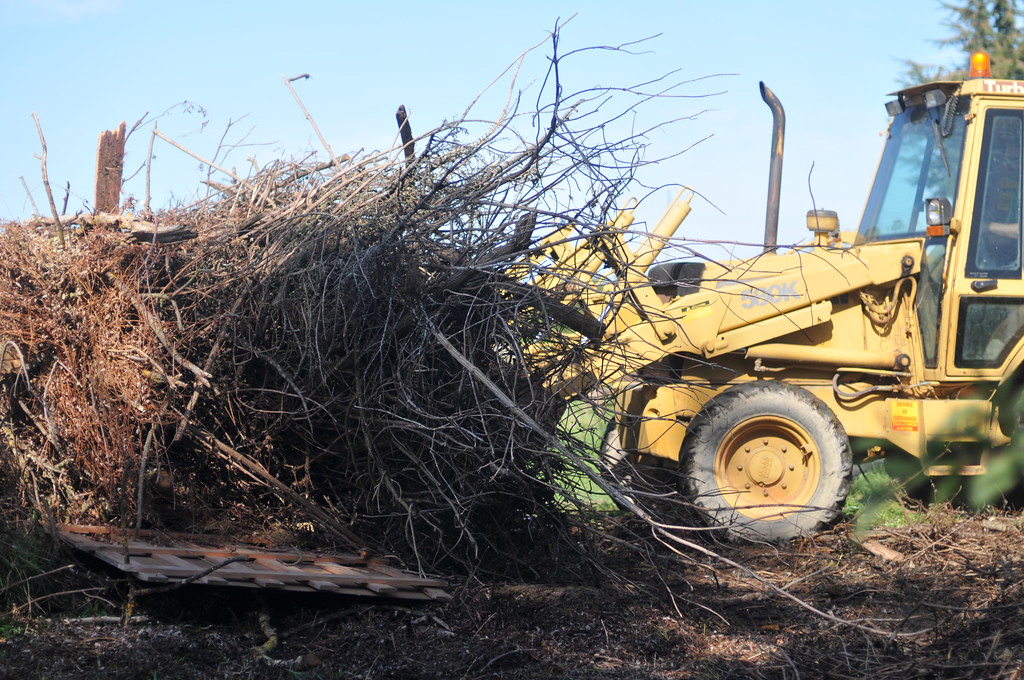 Brent and resident farm hand, we’ll call him “Josh,”  set up some bonfires.  As you know, every project requires the use of heavy machinery.  Brent played shuffleboard with the brush to be burned.  “Happies!”  Brent yelled.  “Omagaw!” I thought.  “WFT?” Josh squinted.  Then I climbed up the woody bits to fetch him.

Back to the house he went to the arms of his favorite person.  I told Z Daddy found him.

Thankfully, we didn’t burn him in the bonfire! 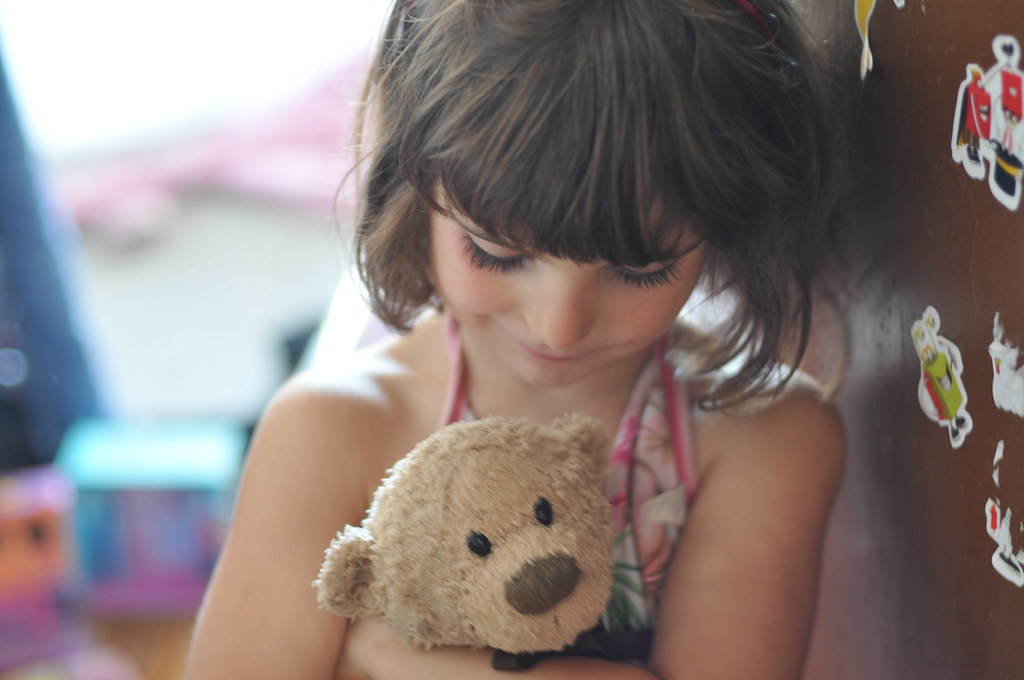 3 thoughts on “He Once Was Lost”