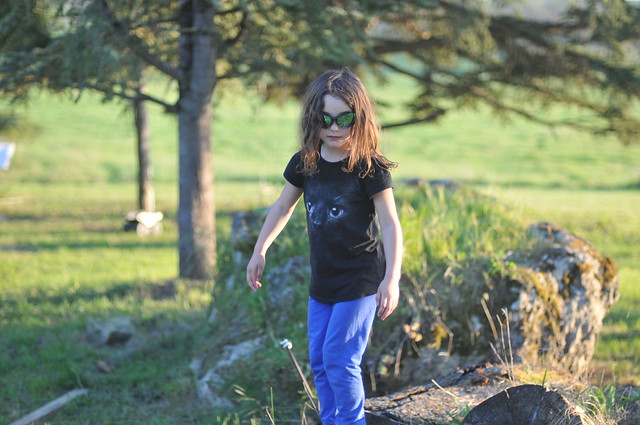 Can’t adjust the settings.  Can’t review what photo I take.  I’m shooting blind.  But I need to keep shooting. 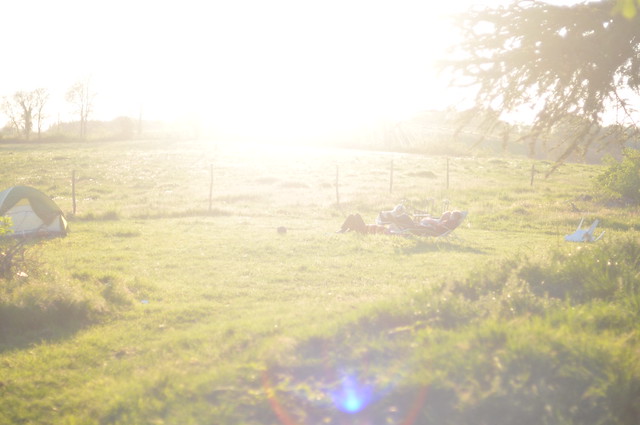 It’s a shot in the dark.  Like the old days.

The weather is superb.  Our dear friend is here and it warms my heart that we can work together on the farm then relax in the evening sun watching the tractors trudge on.  Rearing grassfed beef has a lot of management of pasture, but little time spent in a tractor . 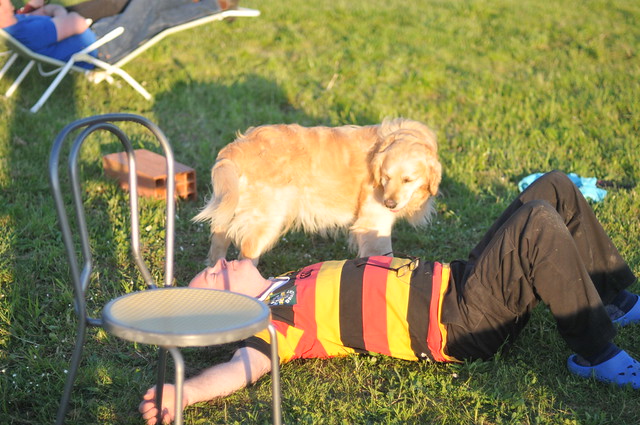 When the herd is moved, chickens fed and watered, the beef butchered and packed then delivered, you can lay under the evening sun.  Relax because the day is over.  Play with the kids. 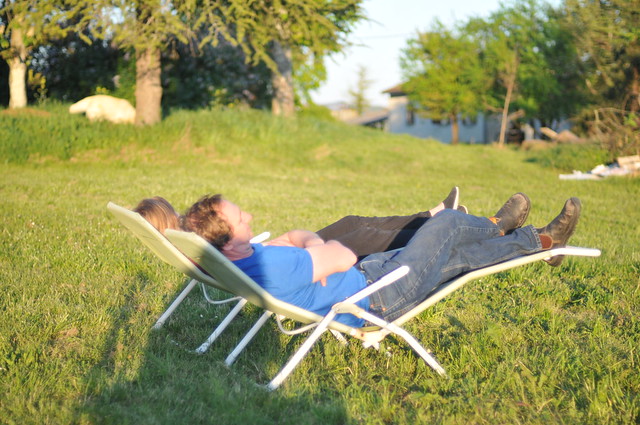 Chit chat with friends.  Let the grass grow.  In the afternoon, it will be sweeter for the herd.  A late breakfast.  They sleep in, our herd. 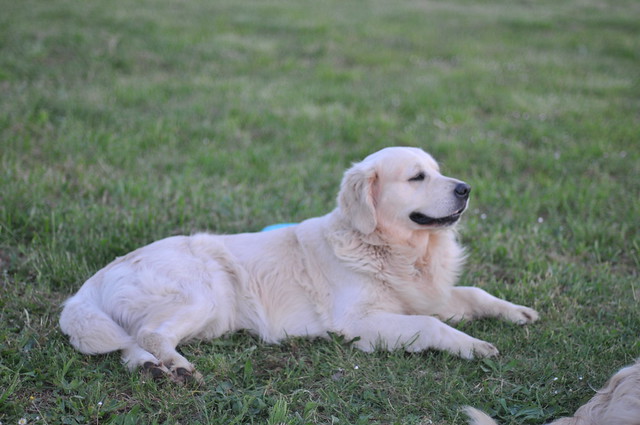 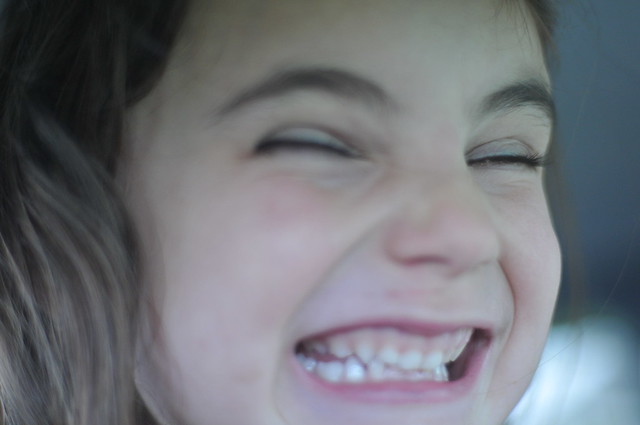 My heart hurts a little today because my daughter ( not Zelie ) accidentally dropped my camera on the hard, cold tiles of France.  This wasn’t her first time.  She dropped another camera of mine on the hard, cold tiles of France a few years ago.  That situation presented a green blinking light of death for my Nikon.  It was a plastic body that did not stand a chance with surrounding gravitational conditions. 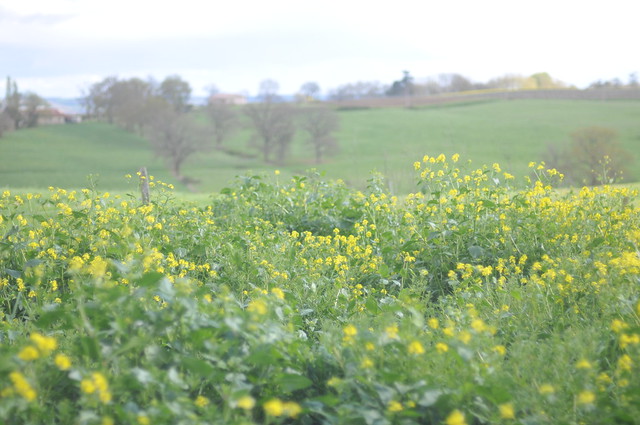 After that incident, I made a rule to NEVER place a camera on anything.  She was young, she pulled a book or paper that my camera was resting on off a high shelf … she pulled the paper and the camera tumbled to its death. 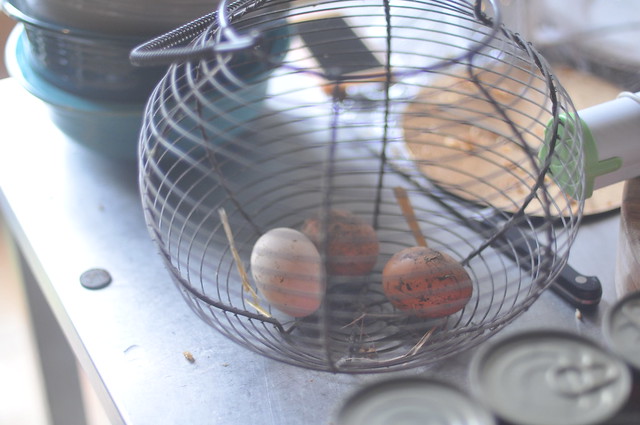 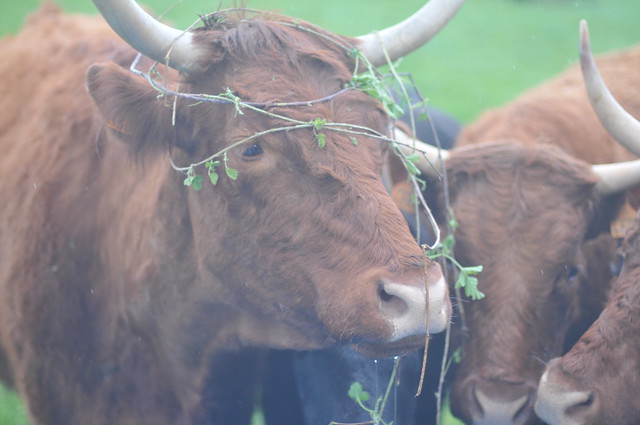 After many years practicing my procedure with my camera, I left it on the table without concern because it wasn’t resting on anything … and she moved the table.  I wasn’t there, but I’m sure she didn’t mean it.   And it was my bad for leaving it there.  Thankfully, the camera body is made of metal, so most of the camera features are intact.  So far, the only damage is my ISO/QUAL/WB buttons are gonzo along with various shutter speed thingos as well as the “play” button to review the photo you just took.  As I am not a photographer and still not actively learning what those nobs do … I did use them to adjust settings.  At this point, any setting I every set is now locked in until I get my button fixed.  So, you get what you get.  It’s like the old days when you took a photo and didn’t know how it would turn out until developing time. 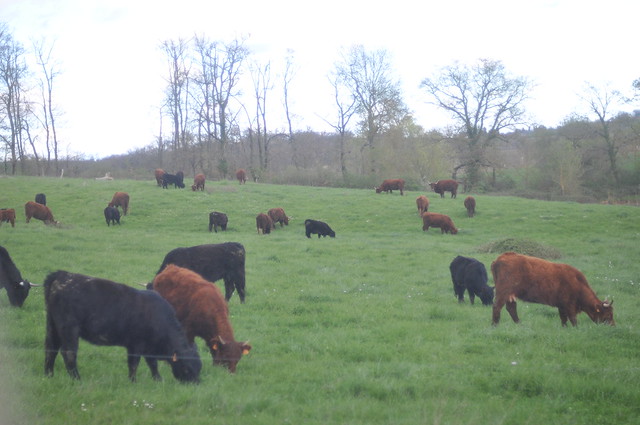 Granted, my camera is probably considered “old” at this point, but it totally does the job and I love it.  I had no intention of replacing it.  Sometimes, restrictions invite creativity.  I leave you with a test photo of my stapler taken today with my newly broken camera. 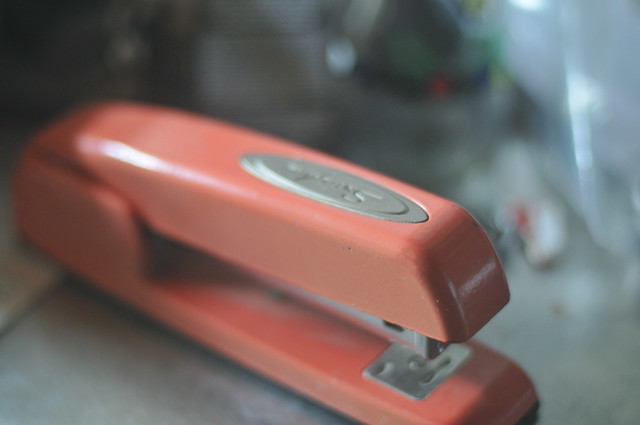