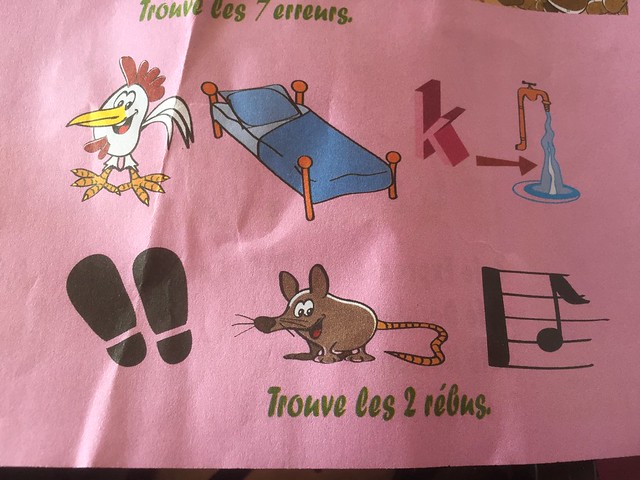 I took my child … monsters … to the mall yesterday.  All day.  We were preparing for school.

It was the best of times Supertramp. … as Google dropdrown suggests. They were loud.  They settled arguments.  They didn’t care or know their volume was not appropriate.  Thankfully we ate at a loud restaurant.  I had to remind them, often, that people don’t act like this in public.   We completed our goal of school clothes, but one step less on supplies.  S’okay because fitting four children for school can take some time.  Especially if you have a teen or tween leading the way.

After much success with the boy child, we took a break and ate some lunch at the Potato-ry.  While waiting, we locked in to Rébus.  Pictures making French words.  COOL! … Z didn’t know the game so loudly forced me to ask the waiter in charge to explain the game.  Once we got the gist, we solved the mystery.  Can you? 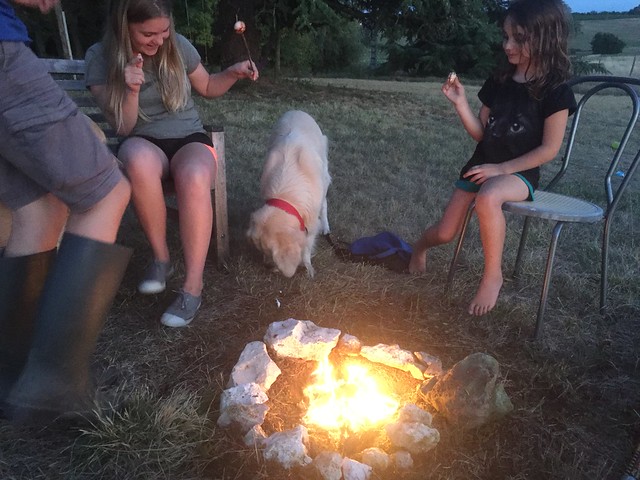 Tonight, the kids continue to build Camp Grasspunk Kids.  Otto built a campfire for S’mores.  He learned how to do it safely on the internet. 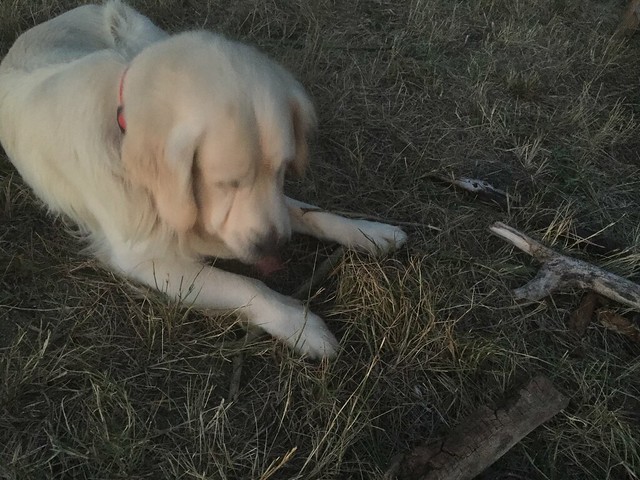 Lumi attended to any left marshmallow sticks.  He’s always their to help, our Lumi. 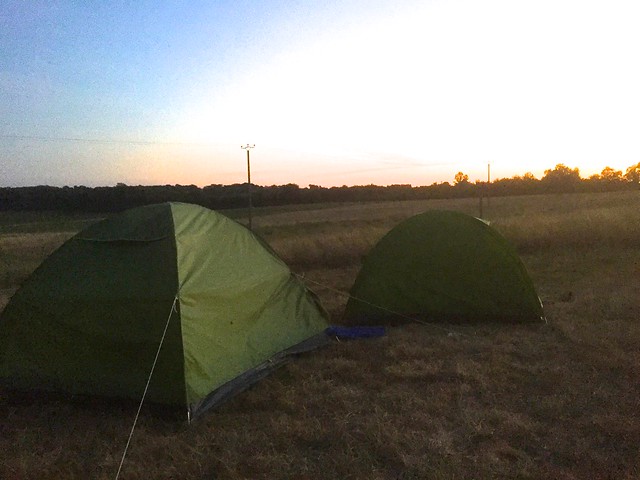 There are two 3-peeps and one 2-peep in the compound.  We’ve not had our children in our home since early July.  This is how we roll.