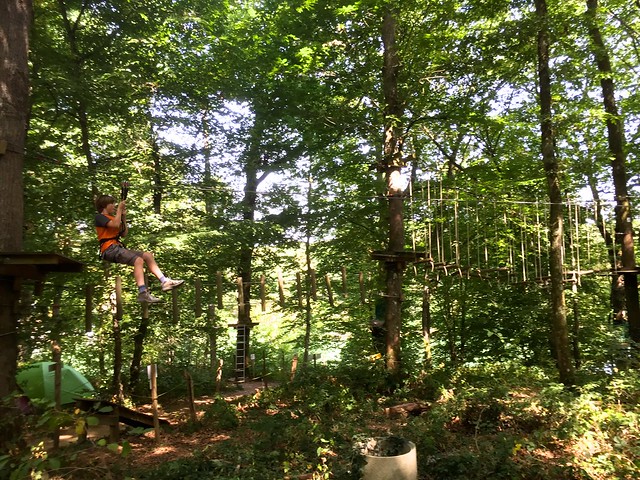 I’ve been meaning to take the kids to this park in the forest that has ropes to let you walk between trees.  In French it’s called “accrobranche.”  I didn’t know much about it, so I didn’t know what to expect.  It’s very close to us.  This year, all the kids are old enough to venture out and enjoy some of the things offered in Southwest France aside from the beauty of farm life. 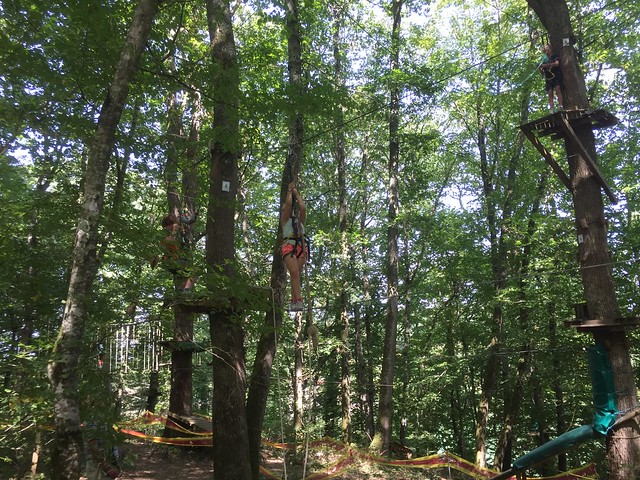 I was expecting a few trees, a ladder and a rope … maybe a zipline.  As we approached the park, the forest was getting thicker.  So beautiful.  It was a hot day 34 ( 93F ), so spending the day in a shady forest was unexpected joy.  We rented our equipment, got a briefing and off they went. 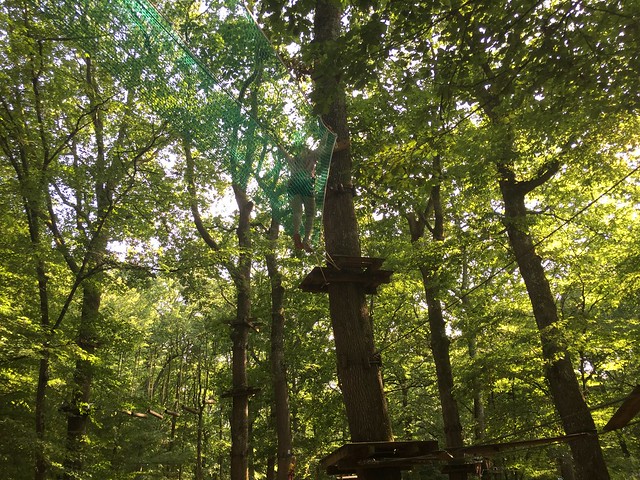 There are many levels for all ages.  Z had a 3 – 6 year old section with two complete tree puzzles, giant climbing boat structure and a single zipline to use over and over again.  The others had their choice of routes on three levels.  Each tree path had different types of ways to get the the next tree. Real life video game except instead of using your thumb strength, you were met and sometimes disappointed with your actual, physical skill.

Add to that a beachy lake swim that you can get to via zipline.  Shade, cool drinks and happy kids.  You can also drive and park on the beach side.

I took a photo of Minty zipping across the lake.  Can you spot her? 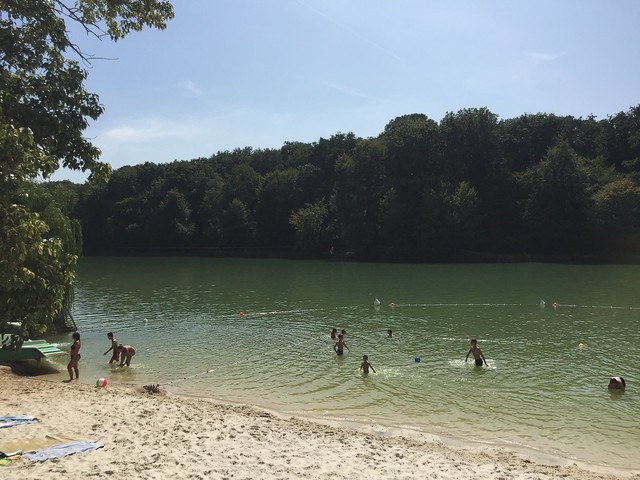 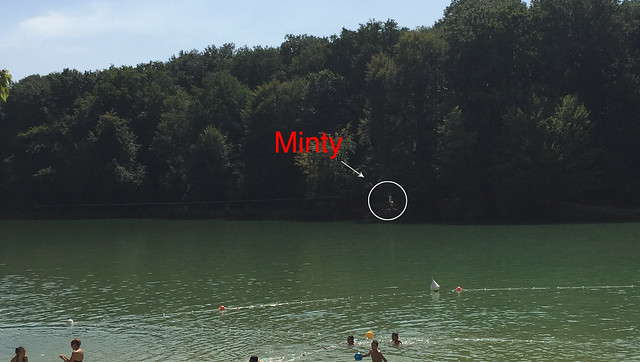 The tree puzzles were high up.  There are rules you use to get connected from one crossing to the next.  As it was their first time, the kids were continuously confronting their fears and pressing on.

I was also confronting my fears of my children up so high. 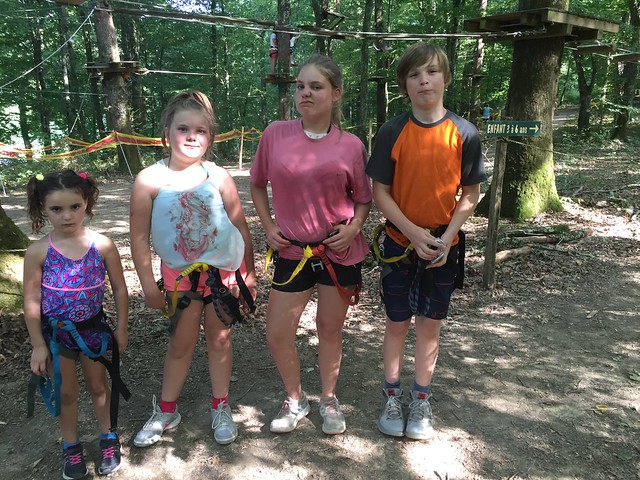 Z’s crossings were not as high and she had no fear.    She was also meticulous with the way you go about it.  They run a two clip system, so you are always supported with one clip during transition.  With some crossings, you use your own pully.

Prices vary on your age.  The beach is free, but they charge for the slide.

We had such a great time!  … this sounds like an ad, but really I was surprised that it took me this long to get there! 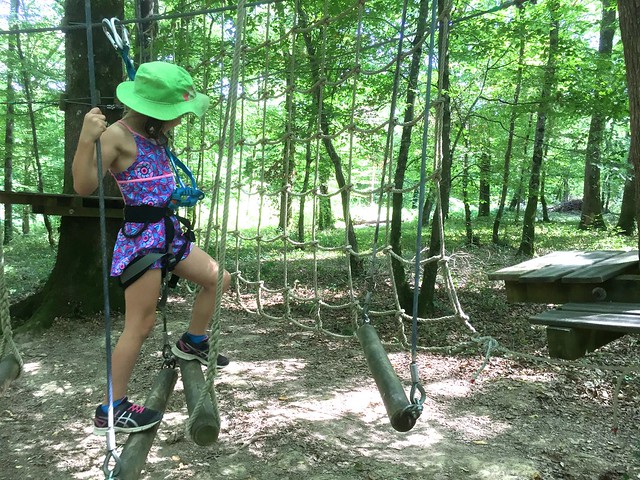