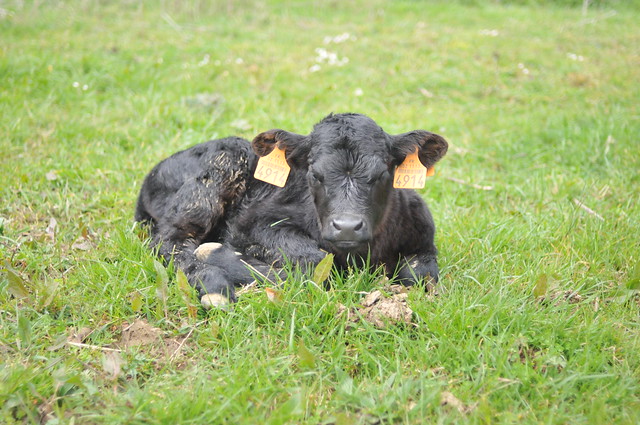 Technically, not Spring yet, but our first calf has arrived.  Brent’s been suffering from calving withdrawal, so it’s nice to get these babies out and tagged.  Her name is Mooshroom ( a Minecraft ref ).  If you don’t know what Minecraft is, don’t worry, it’s still a cute name.

Our piggies have moved to a new pad.  They worked the soil well and it was great to get them on to a new project.  Here they are when they first arrived. 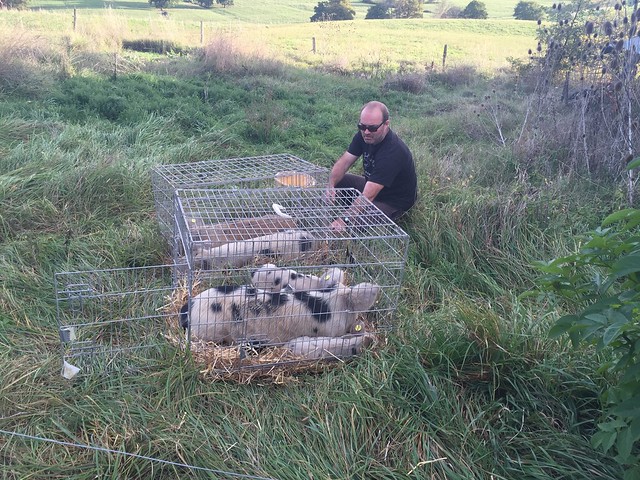 Then they did this.  Ready for veggie patch preparations. 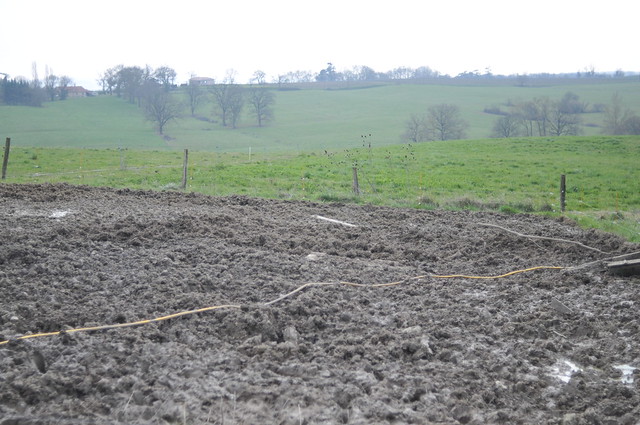 We moved them here.  I say, “moved,”  but it wasn’t easy.  The three big boys followed the bucket and totally got it.  Yum, new grass.  The two little ones were tentative venturing out to a new paddock with fresh food.  They wanted to stay put, live in mom’s garage, lay on the couch and play video games.  We are used to herding animals.  They are fantastic.  Even when things get crazy, you can move a herd like a magic pen on a Magnadoodle.

These two little piggies were very confused as were we.  “The grass is over there!”  “Pig, what ARE you doing?”  We said.  Finally, we lifted the fence and let them slowly, slowly nudge and munch their way to the new paddock.  Crazy pigs.

This morning, they were sunbathing and enjoying their new digs. 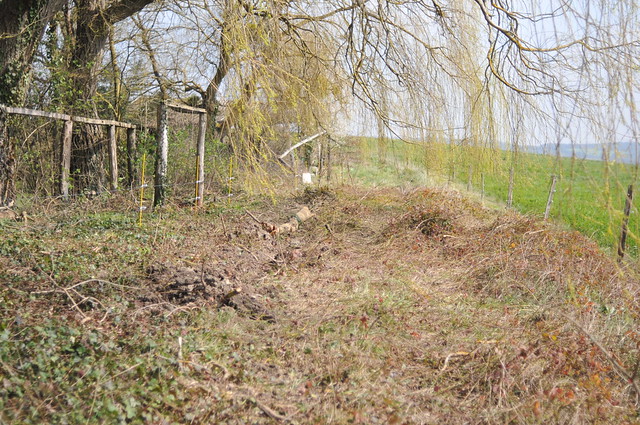 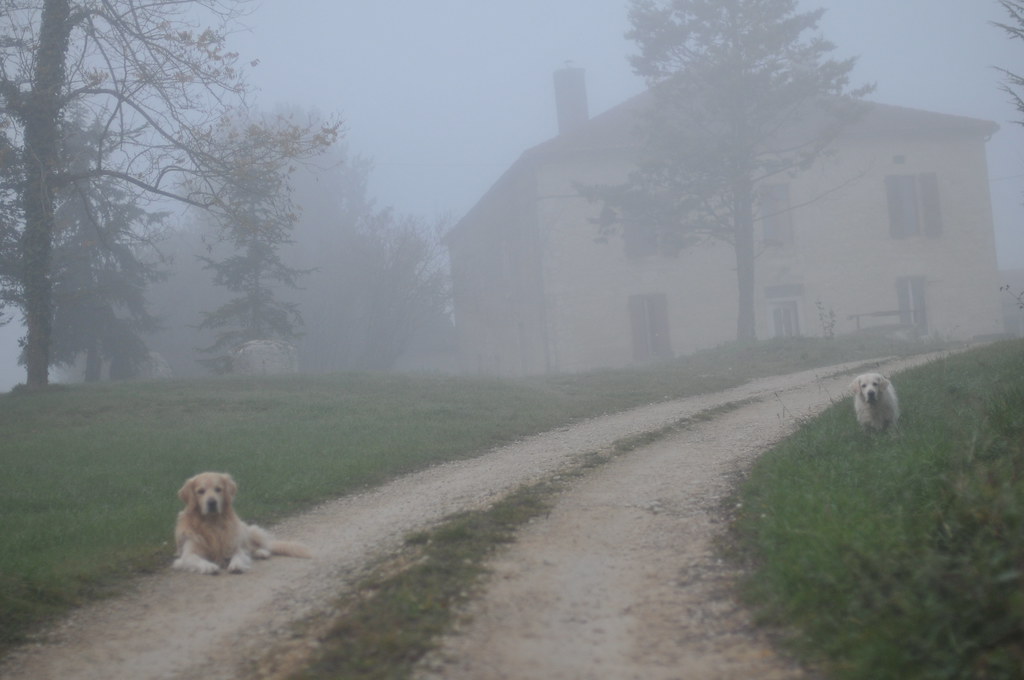 All photos taken at 5pm.  Waiting for the sun to burn off this fog, we had no such luck. 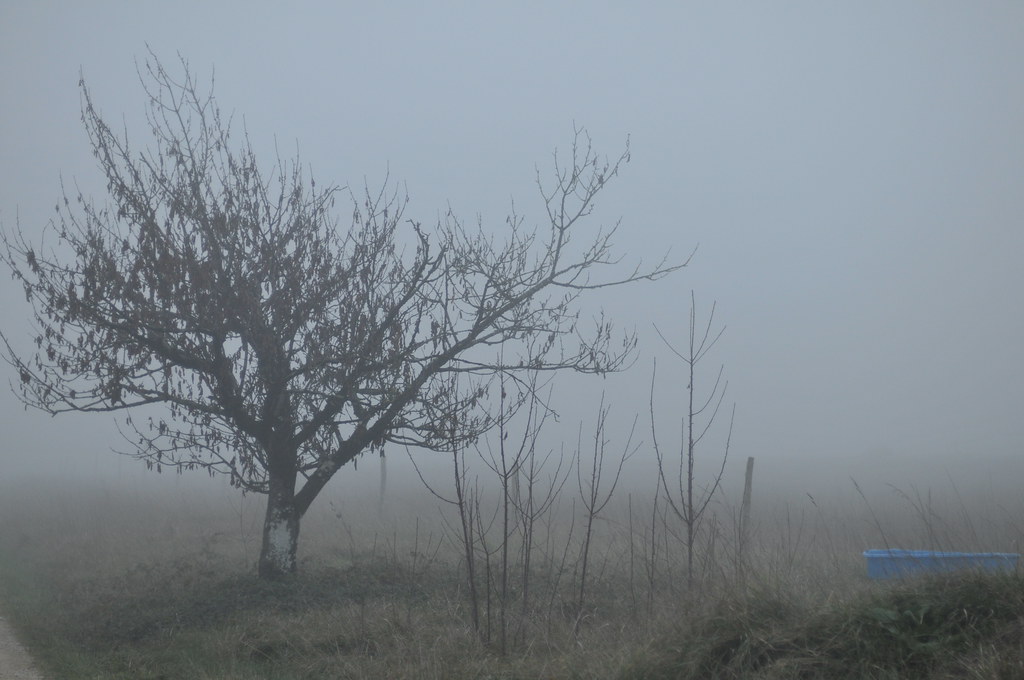 Just fog. The cows are over there.  Can you see them? 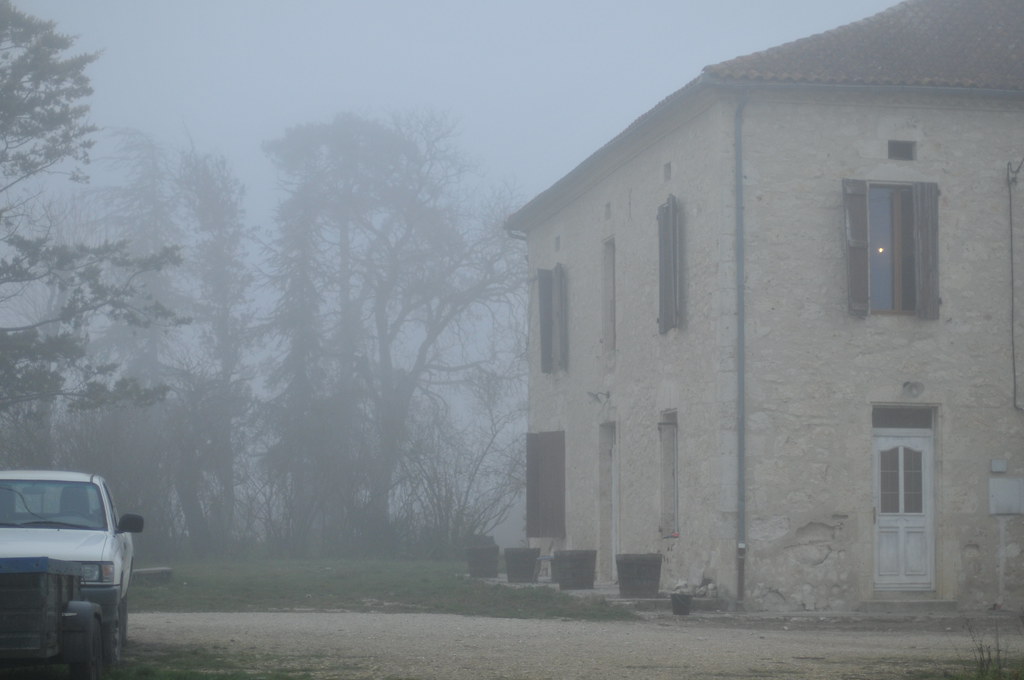 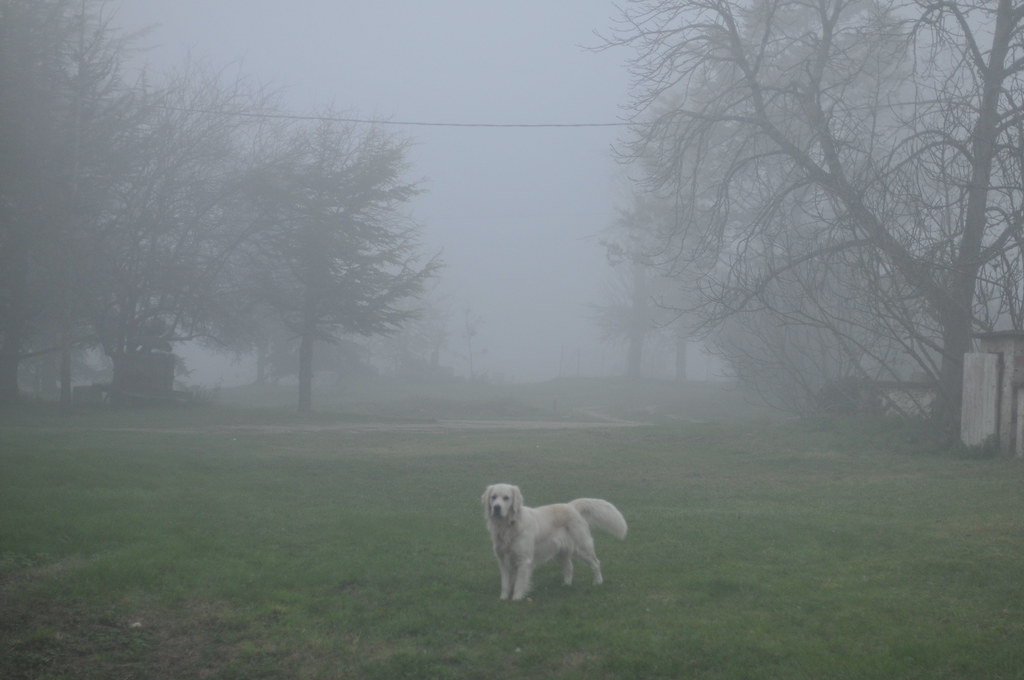 Lumi helps with the last Thanksgiving supper.  All the leftovers have been fed to the pigs. 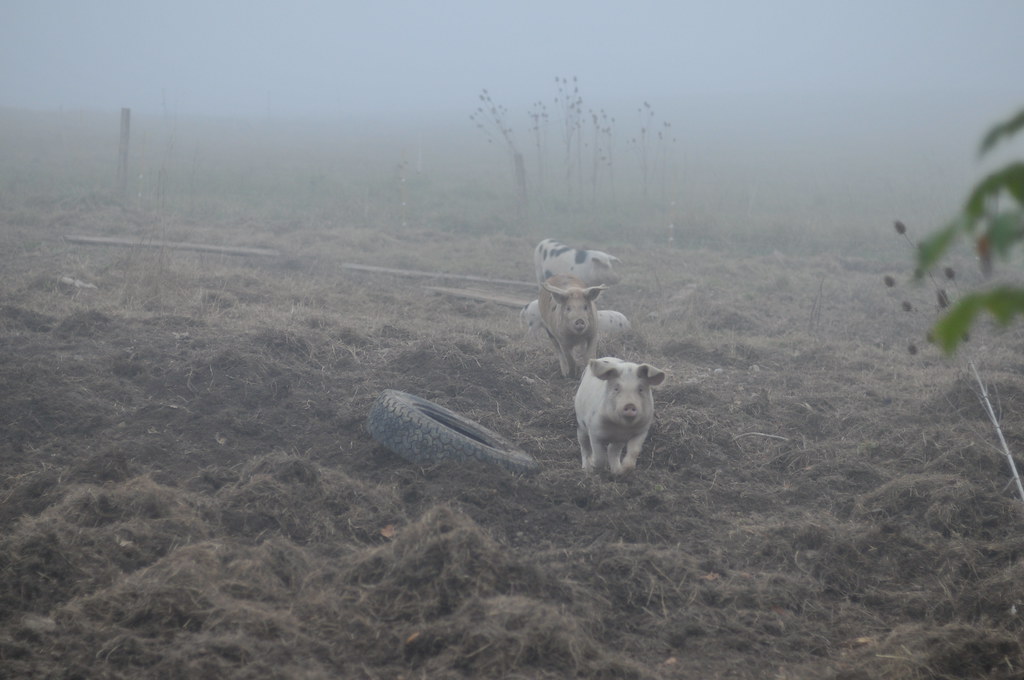 They were totally for it.  They eat like pigs. 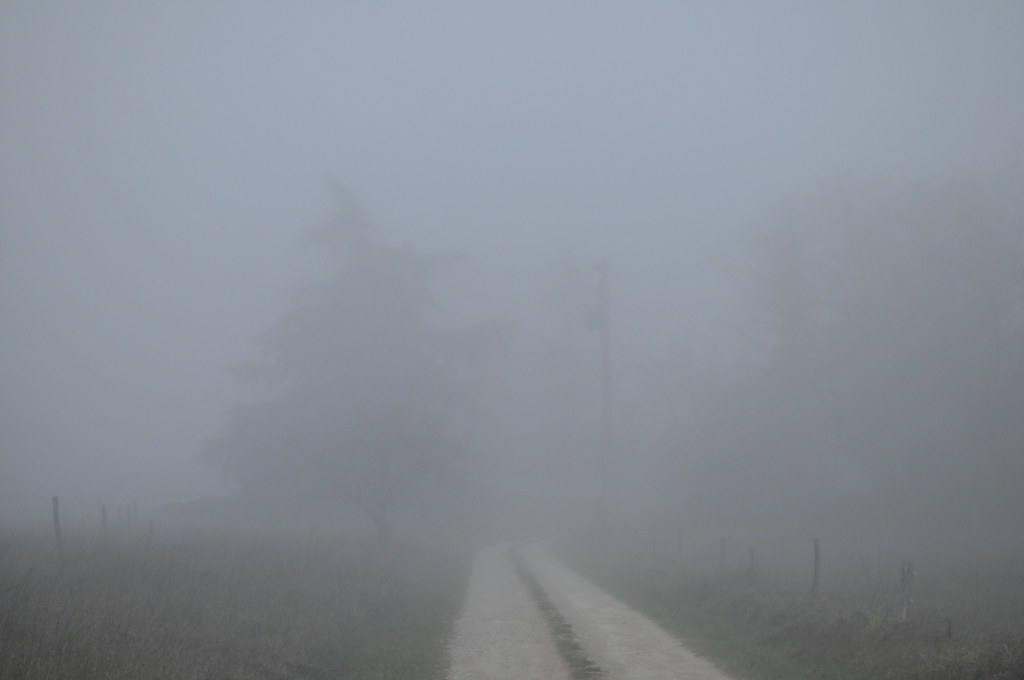 We are working our last beef sale of the year.  I tried a lesser steak for lunch today.  WOW!  That was nice.  I think we are on to something. 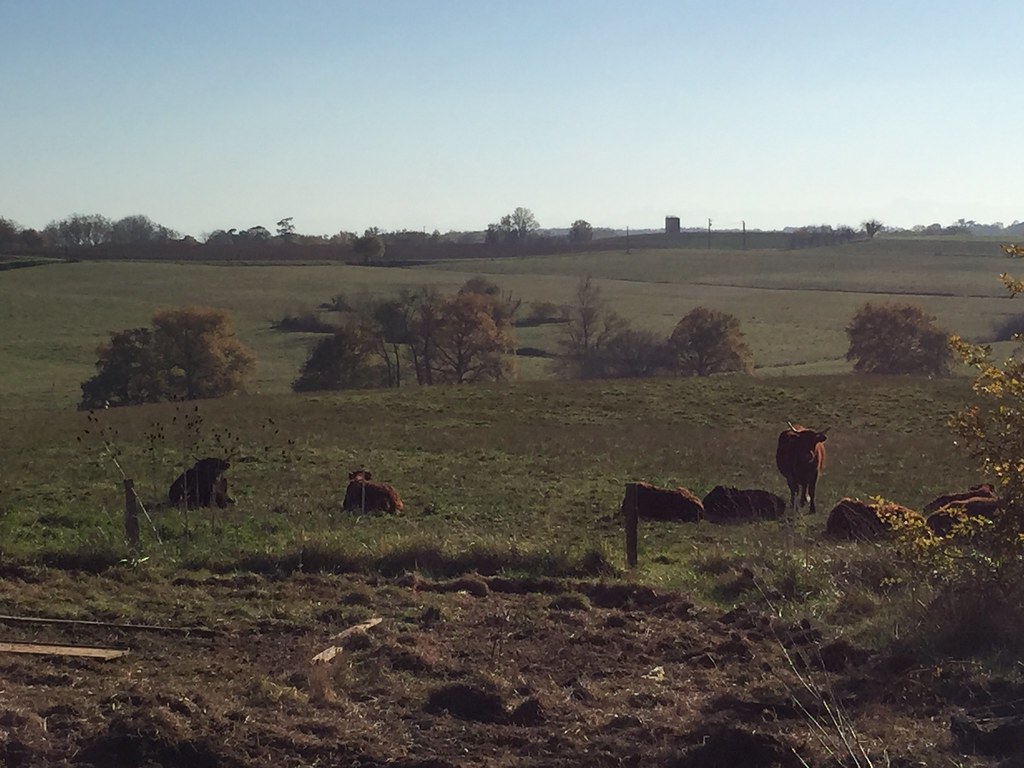 A bit of computer work today.  Not a lot of animal movement.  The sun was strong, so I don’t think anyone was worried.

Brent was busy and off the farm.  I tethered myself to the computer with the door open.   The piggies took a nap. 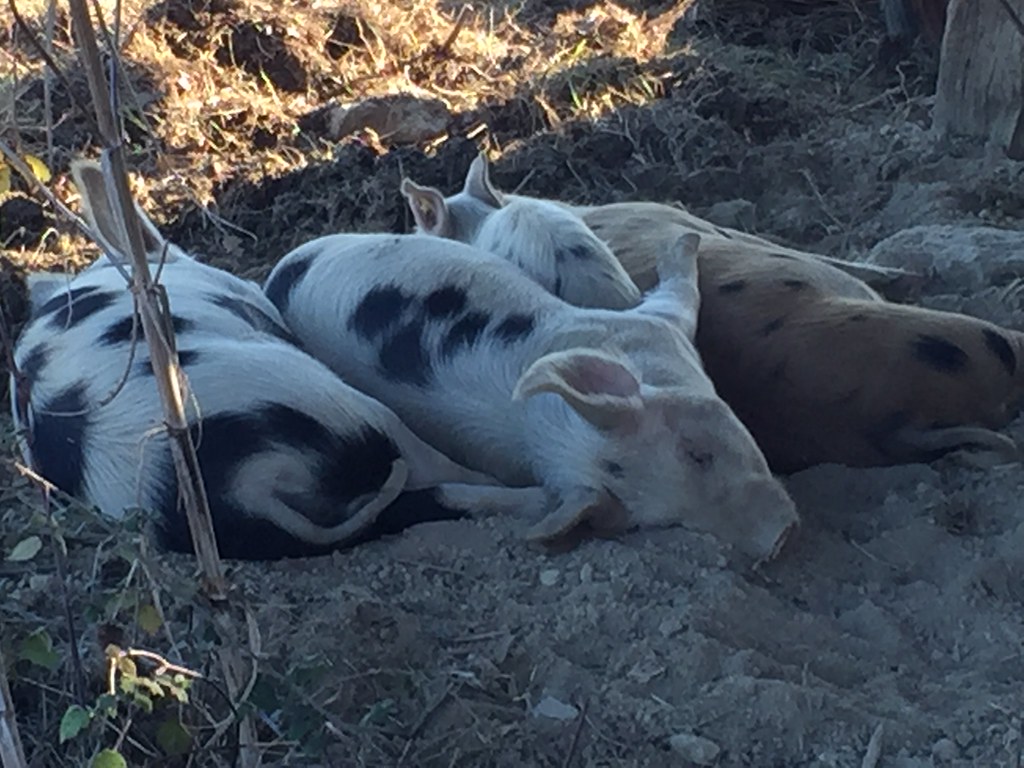 The cows are very interested in the pigs.  They like their smell.  Though, they both chilled during the afternoon in their own way. 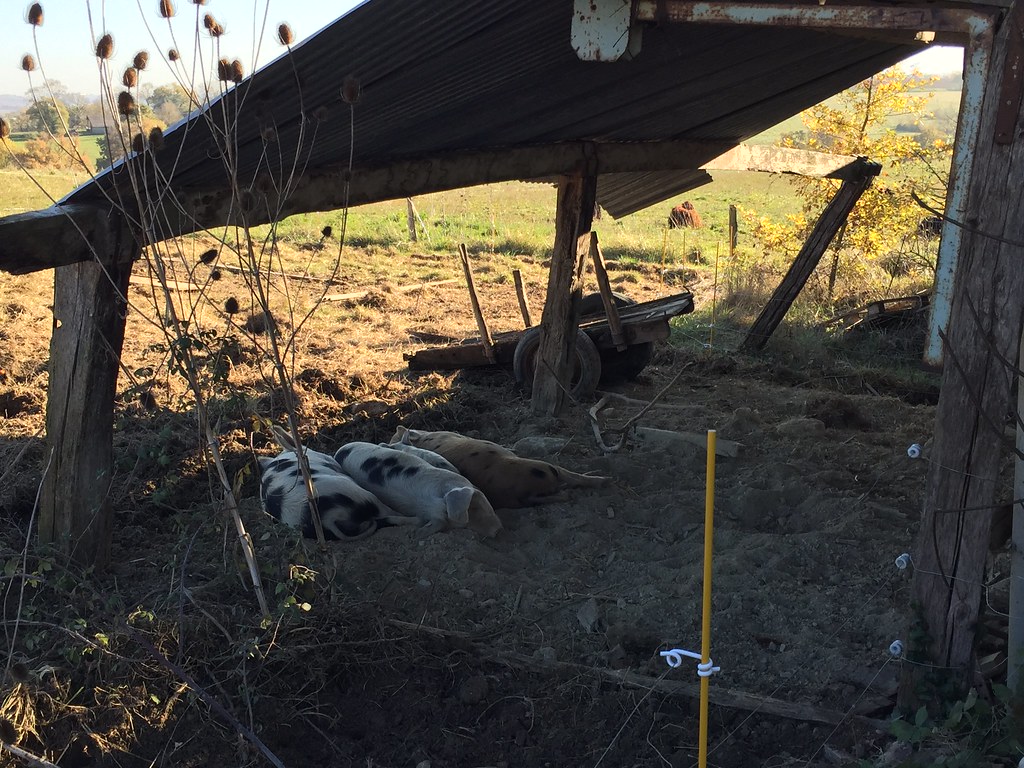 I’ll keep posting this blue sky as long as I can.  I’ve never been so warm in December. 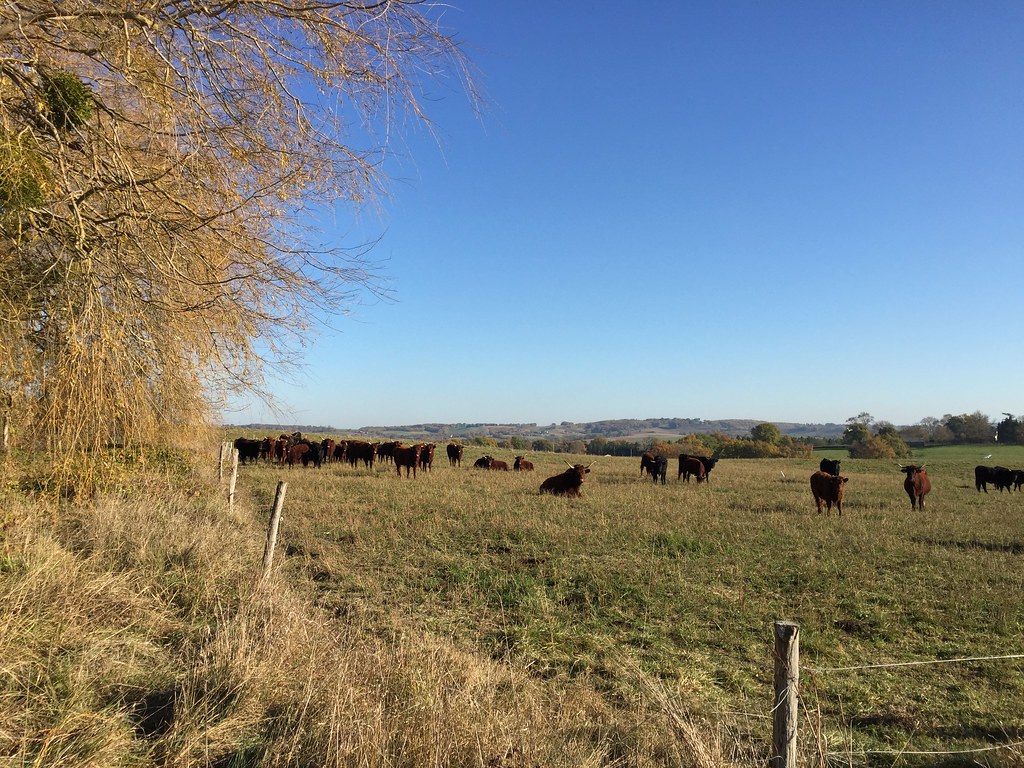 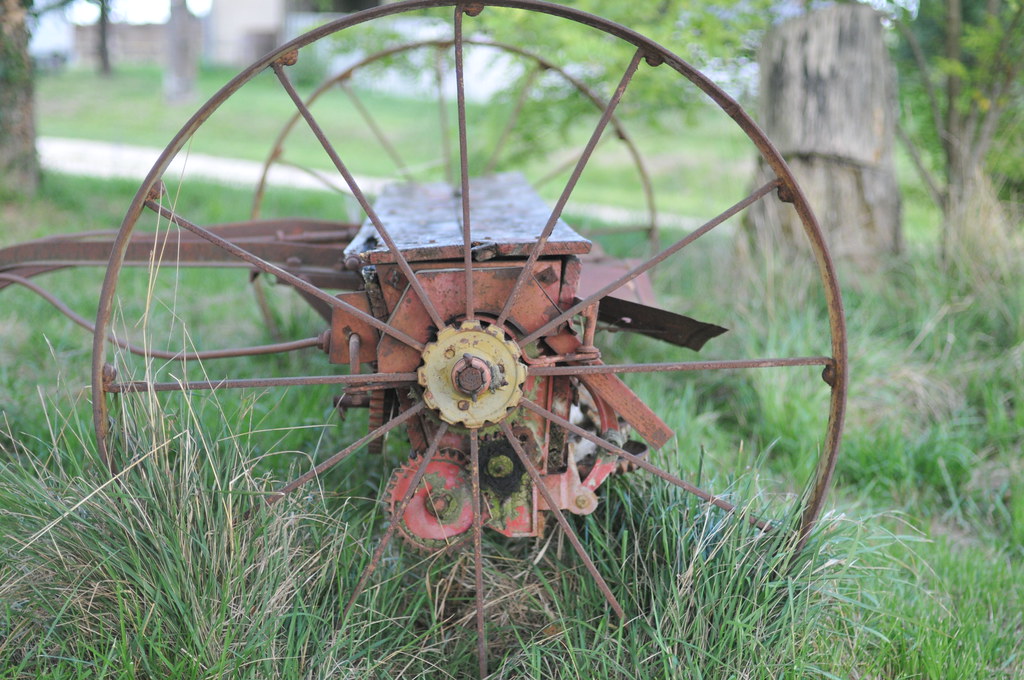 It’s very quiet on the farm.  Usually.  The cows are in the pasture and the chooks are in the back of the farm.  Though, in the morning you can hear the cockerel crow.  He doesn’t know about daylight saving time.  He has a high pitch. 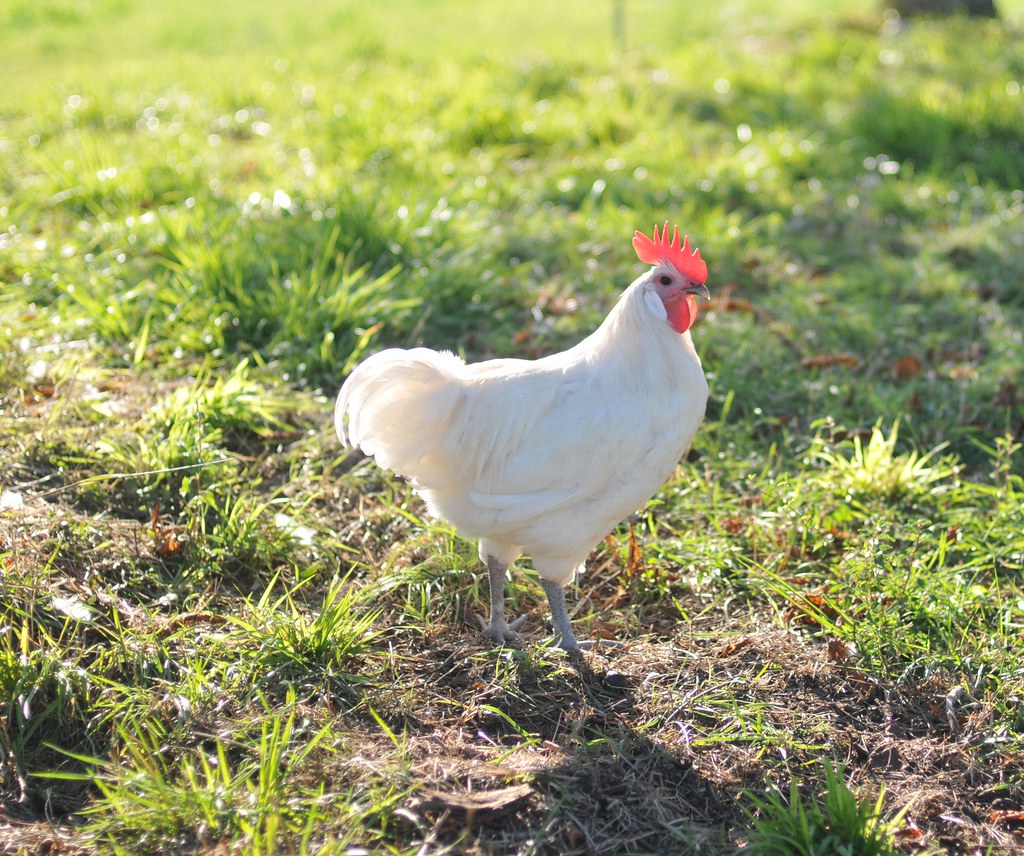 The cows are mostly quiet.  Except when they munch.  They moo when they move.  If you put your phone on vibrate and lay it on a plastic table, when it rings, that is the sound of a cow in the distance.

So many noises, yet so quiet and peaceful. 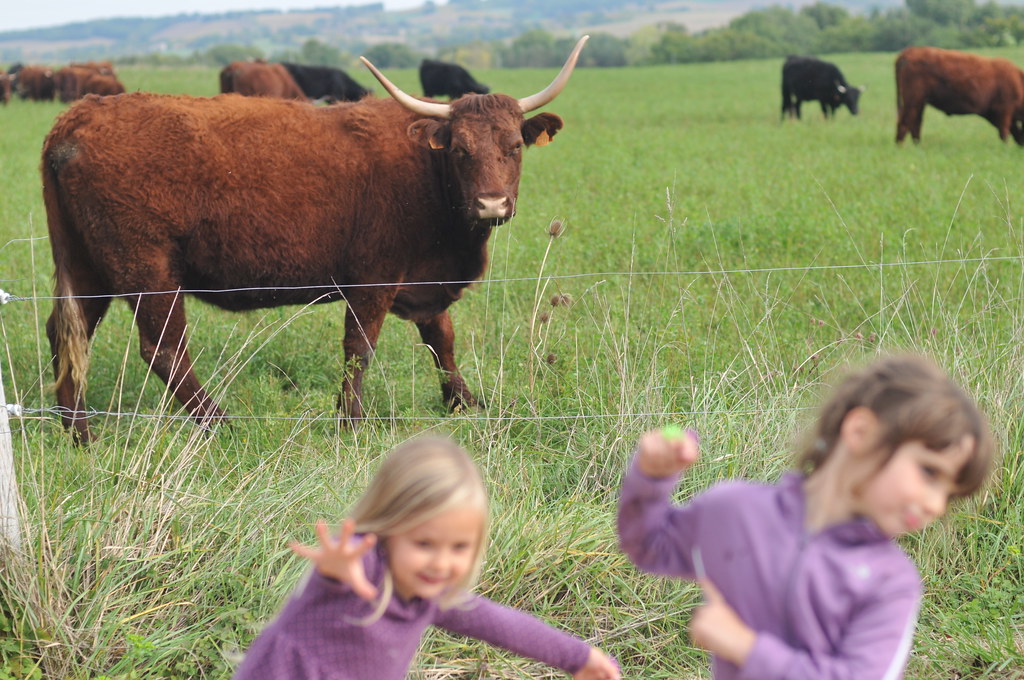 It wasn’t until the pigs arrived that I realized that we were missing that bass.  These pigs have a low snort sound.  They run to see you snorting this low sound.  They squeal high when challenged or picked up, but generally, their sound is low. 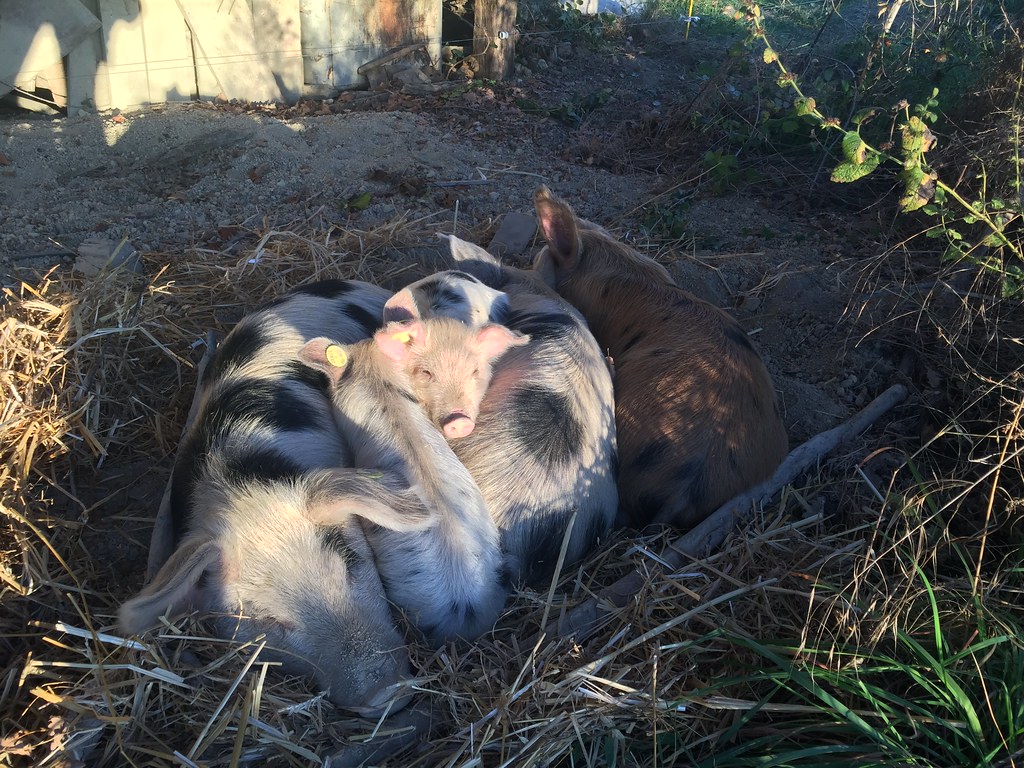 With the alto cows, the soprano cockerel, the piggy bass and the child percussion, there is music to be made.

Sheep you say?  Highly unlikely.  We’ll bring in the retrievers dressed as lamb. 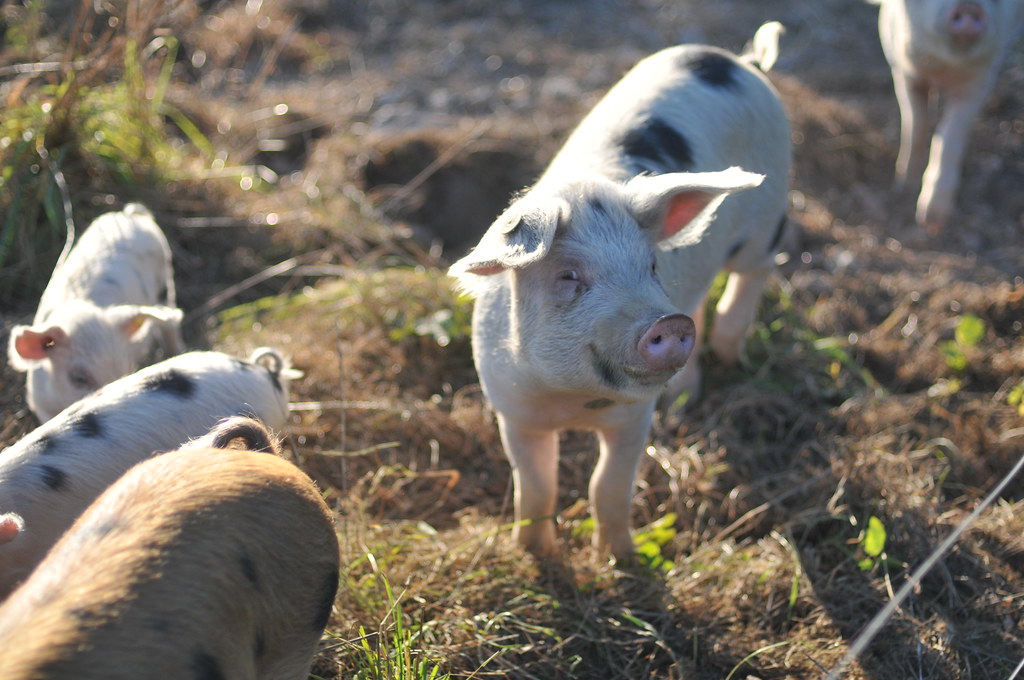 There are some new arrivals on the farm.  Sassy, oinky, funny little things. 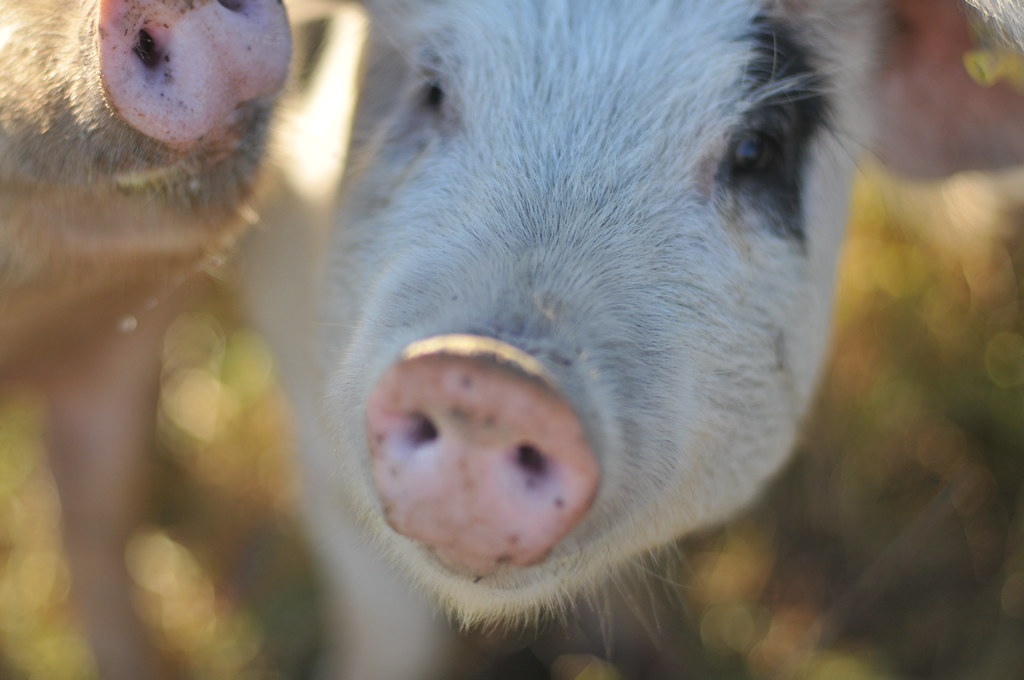 It’s our new bonfire.   Everyone loves to watch the pigs. 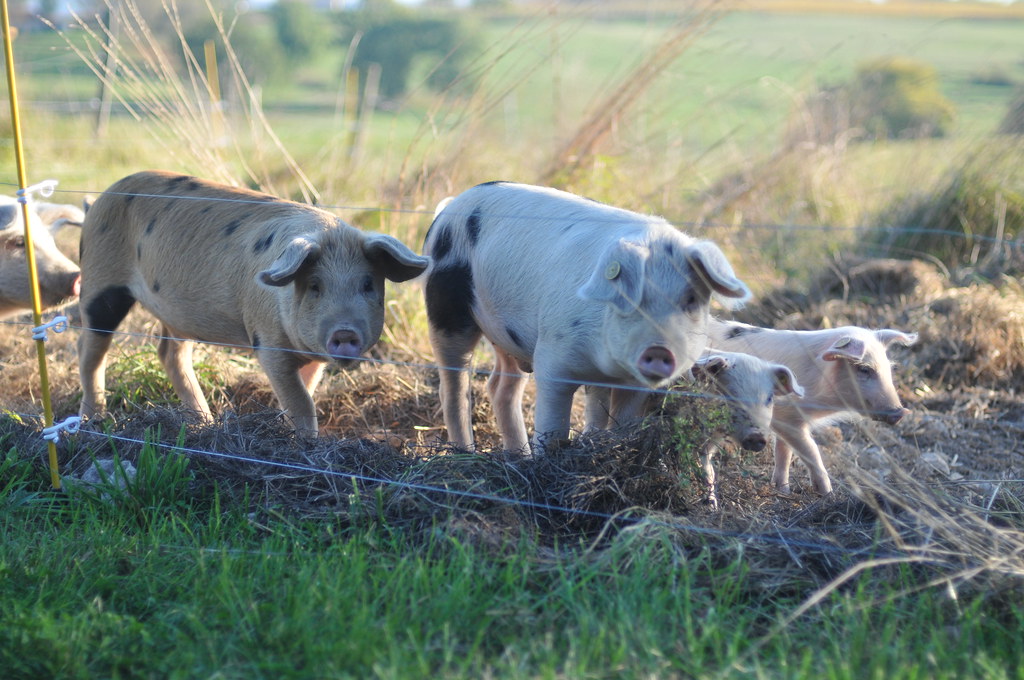 So far, they are well behaved and doing a great job turning over the soil. 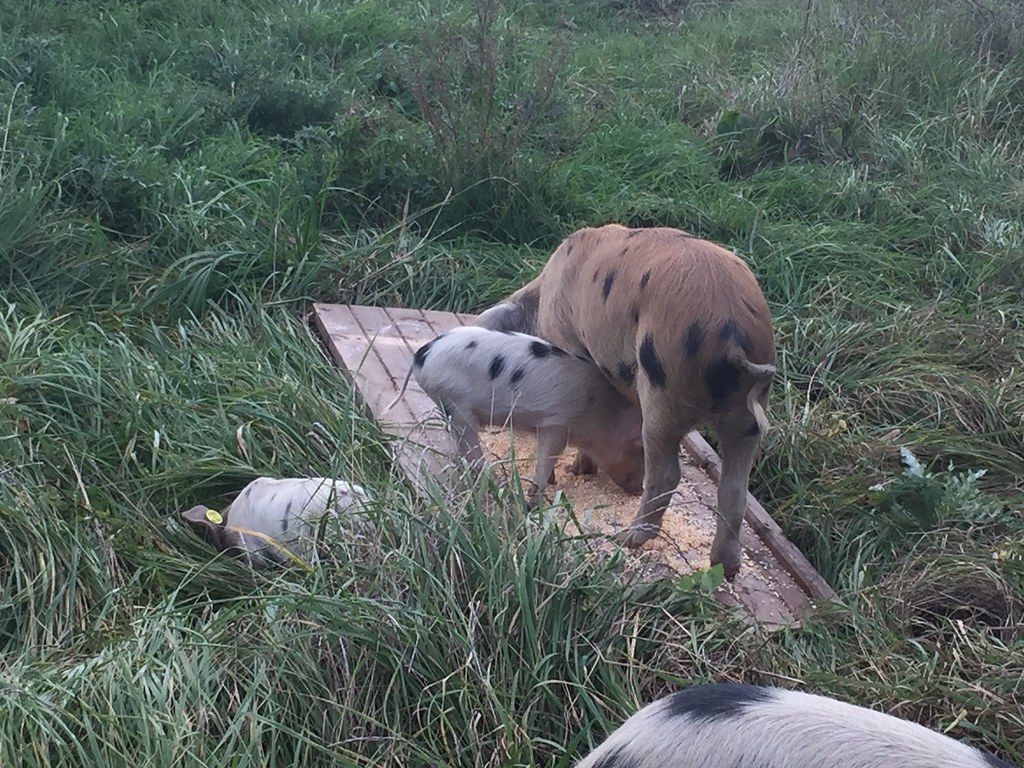 … and now it’s like this.  We want them to dig up this patch for a veggie garden.  After, they will work the forest. 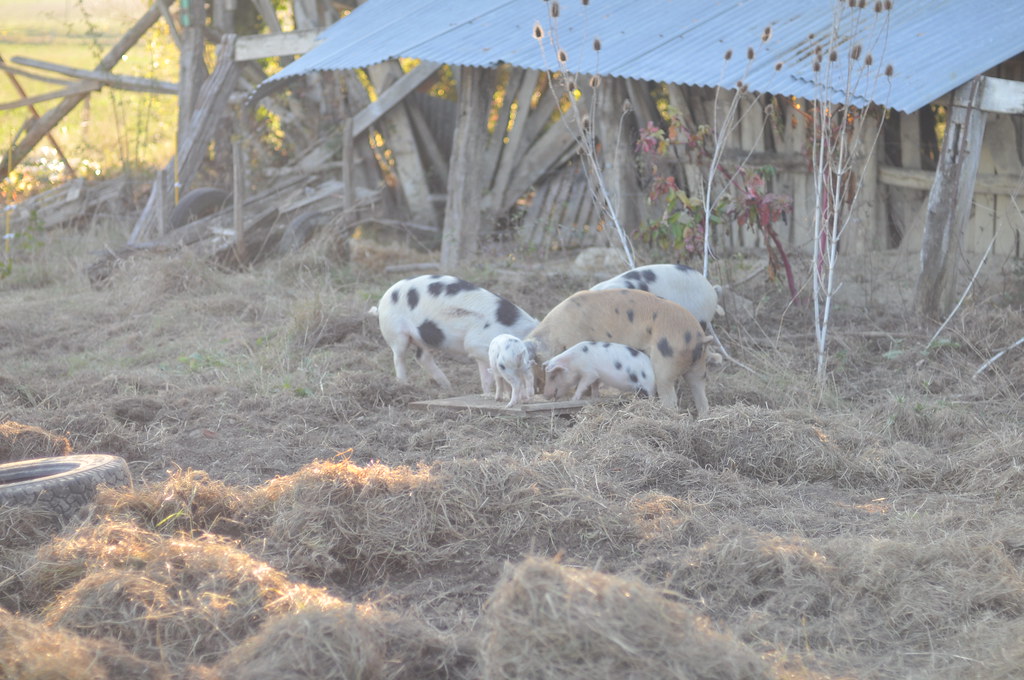 A pork butt is actually a pork shoulder.  We made sausages last night … yum!

The herd is in Emerson.  Very fat and loving this weather! 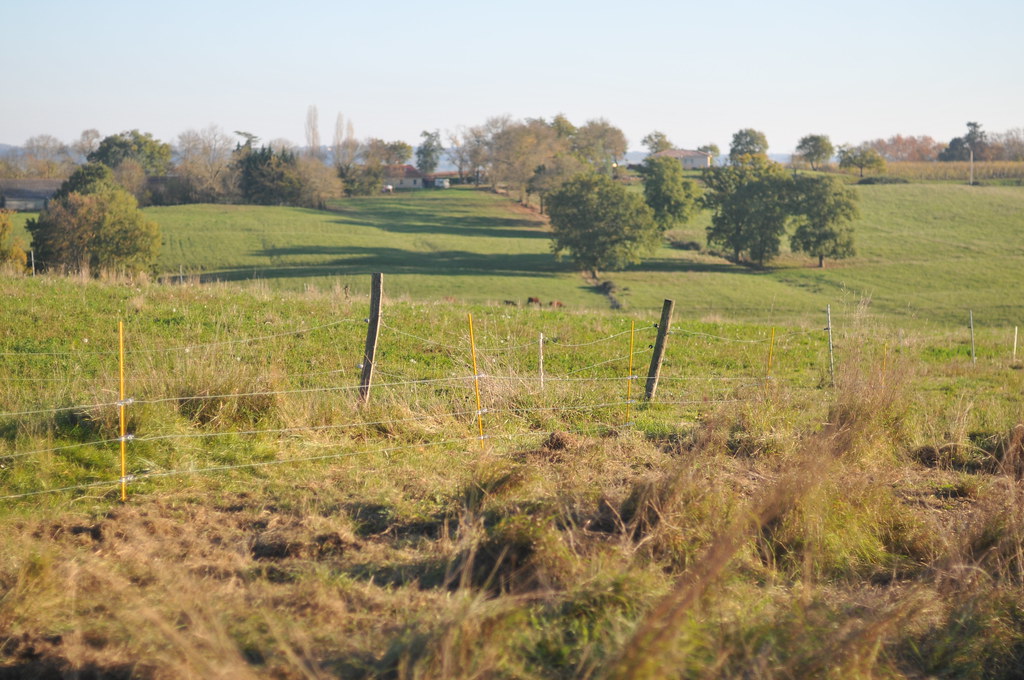